You don’t have to look much further than the ubiquitous selfie to see how important photo-uploading has become to digital consumers. Today’s chart demonstrates how video uploading is approaching this kind of importance.

While nearly 3 in 4 internet users shared a photo last month, the figures for uploading videos are not far away, with almost 6 in 10 having done so. As with photos, uploading videos hits a peak among 25-34s (66% uploading a video in the past month), and tails off with age to 36% among 55-64s.

A renewed focus on video from social platforms is part of the reason, though that in turn has been helped by the spread of 4G coverage, the popularity of short-form video, and the increased quality of smartphone cameras, with mobiles being the dominant device for this activity (43% uploaded videos from their phone, compared to 25% from a PC).

The possibilities for user-generated photo content have been known for some time, but as today’s chart shows, video is not just passively engaged with. 9 in 10 internet users are consuming video clips each month, and a considerable number are creating them as well. 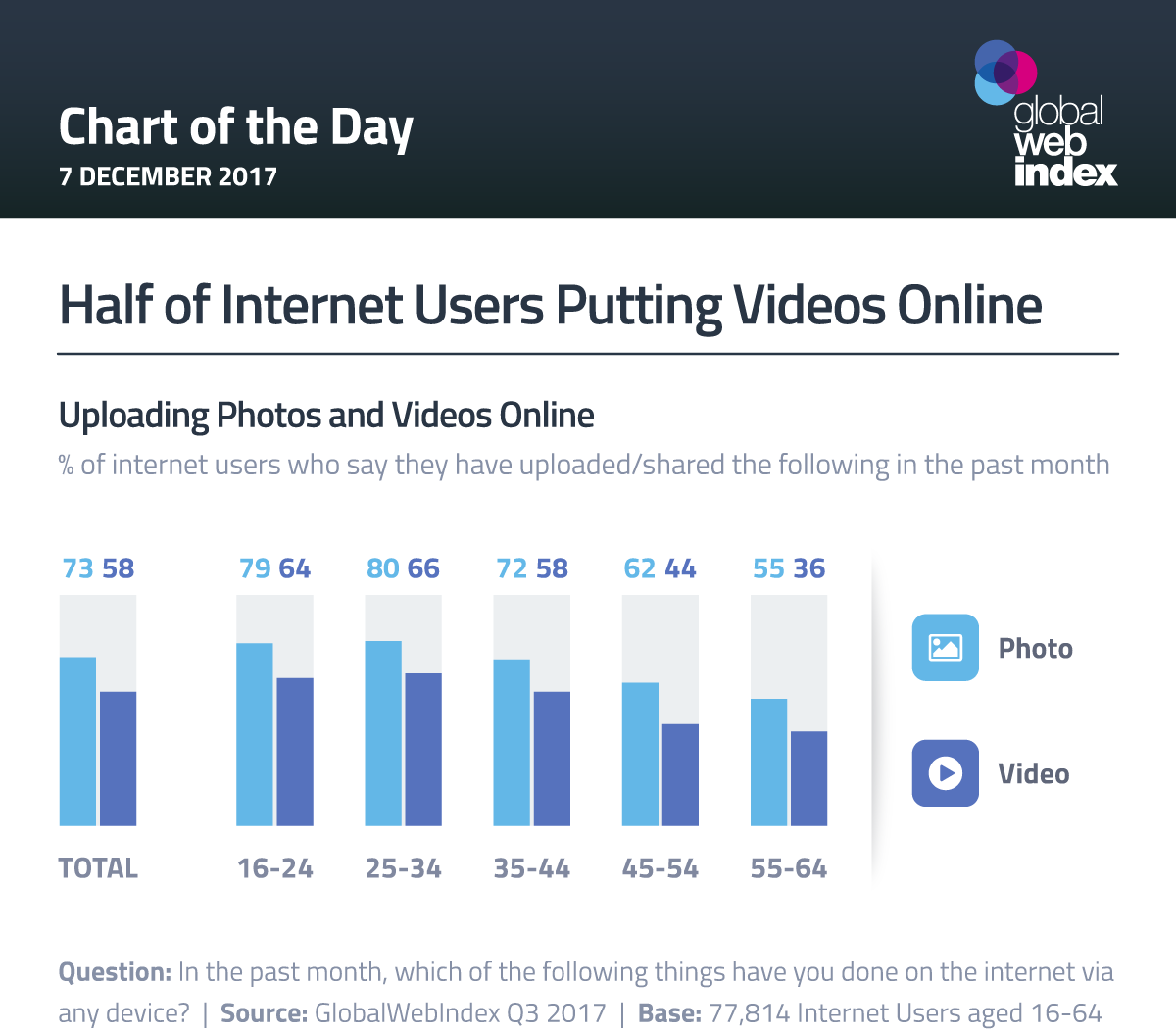