Only 2% in US and Europe using Tidal

A string of exclusive album launches has brought serious media and industry attention to high-fidelity music streaming service Tidal. But as today’s chart shows, the platform is facing strong competition from established other players in this space.

If we take Europe and North America as an example, as yet it’s only 2% of internet users who say they are using Tidal on a monthly basis. This might put Tidal on par with the likes of Musify and Deezer, but the service will have to considerably boost its listenership in order to catch-up with Apple Music and SoundCloud.

But really, it’s Spotify that is the music streaming service to beat. In these regions, 1 in 8 are listening to Spotify (rising to over 50% in its home market of Sweden). To ensure success, Tidal will need to convince music streamers that it can offer something that Spotify can’t. 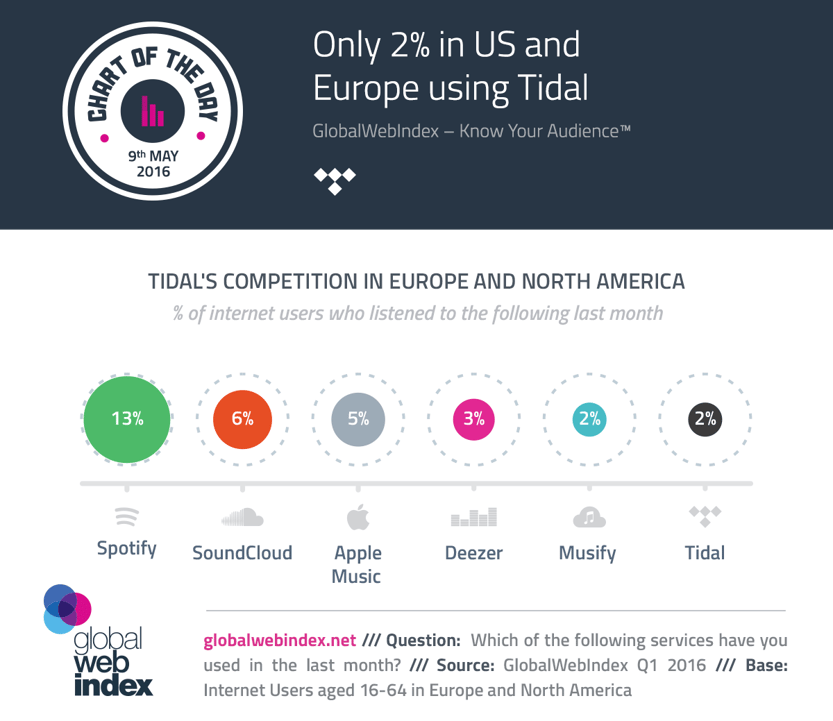