Over 20% in USA now watching Hulu

Time Warner’s investment in Hulu last week reportedly valued the TV streaming service at almost $6 billion – and our mid-week Chart of the Day shows just why the platform could demand such a price tag.

Although Hulu still trails the VOD juggernaut of Netflix – which is watched by well over half of online Americans each month – Hulu (22%) can now claim a reach that is almost as widespread as rival Amazon Prime Video (25%). And, among the key 25-34 age group, this figure rises to 1 in 3.

As the Time Warner investment also grants Hulu access to the extensive TV output of Turner Broadcasting, the service looks set to maintain a lead over rivals like HBO and Crackle, while bolstering its challenge to Amazon. 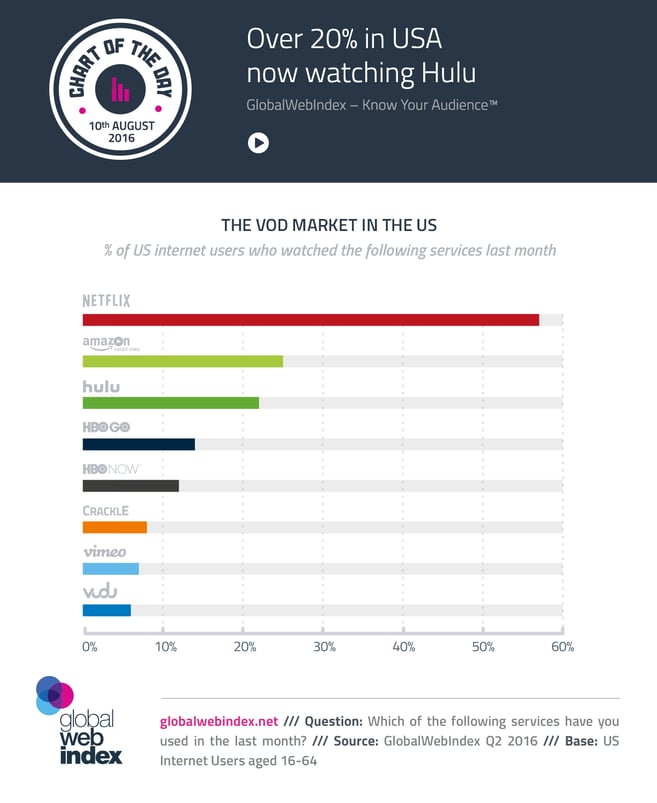