From Zoella to PewDiePie, many vloggers have quickly emerged as household names who continue to expand their audiences, enjoy broader media profiles and capture the attention of brands.

But just who are the internet users driving this trend? Well, globally, it’s now 44% of internet users who are watching vlogs each month – a pretty impressive reach for something still relatively new to the digital scene. As might be expected, it’s the youngest internet users who are the most enthused, with as many as 53% of 16-24s watching vlogs each month. What’s particularly noteworthy, though, is that this isn’t just a trend just for the very youngest; figures are equally strong for 25-34s and even 35-44s aren’t too far behind.

By region, fast-growth areas with their young, urban and engaged audiences are at the forefront of this – half in APAC and Latin America have watched a vlog in the past month. The mature-market regions of Europe and North America post more modest figures but it’s still 30% or more here that are watching vlogs. Clearly, then, vlogging is now a globally important trend that is here to stay. 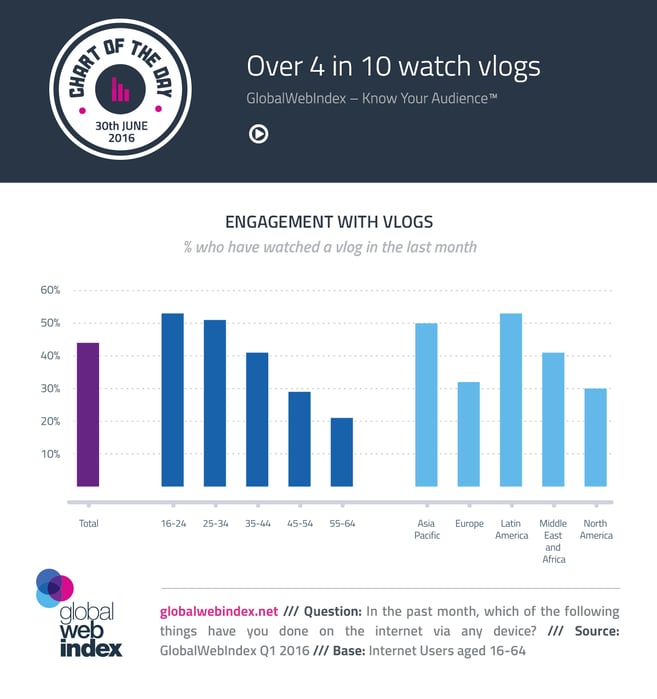