In some of the mature markets surveyed by GlobalWebIndex, internet penetration rates are nearing the 100% mark. But as we discuss in our new report on Internet Usage Trends, the equivalent figure in many fast-growth countries is yet to hit 60%; in some cases, it’s still to reach even 20%.

These trends have a profound impact on the demographics of internet users; broadly speaking, the lower the internet penetration rate, the more likely it is that a country’s internet population will show a skew towards young, urban and affluent users.

The relationship is not perfect, but it’s certainly telling that India – with the lowest internet penetration of all GWI’s 32 countries – leads the pack with 39% of its adult internet users being in the 16-24 age group (vs. the global average of 24%). Fast-growth nations in fact fill the entire top 10, whereas it’s the more mature nations that account for most of the lowest 10.

It’s not hard to see how this will impact attempts to make like-for-like comparisons between markets, and why it’s one of the major reasons behind fast-growth nations typically being at the top of charts for behaviors such as social networking. 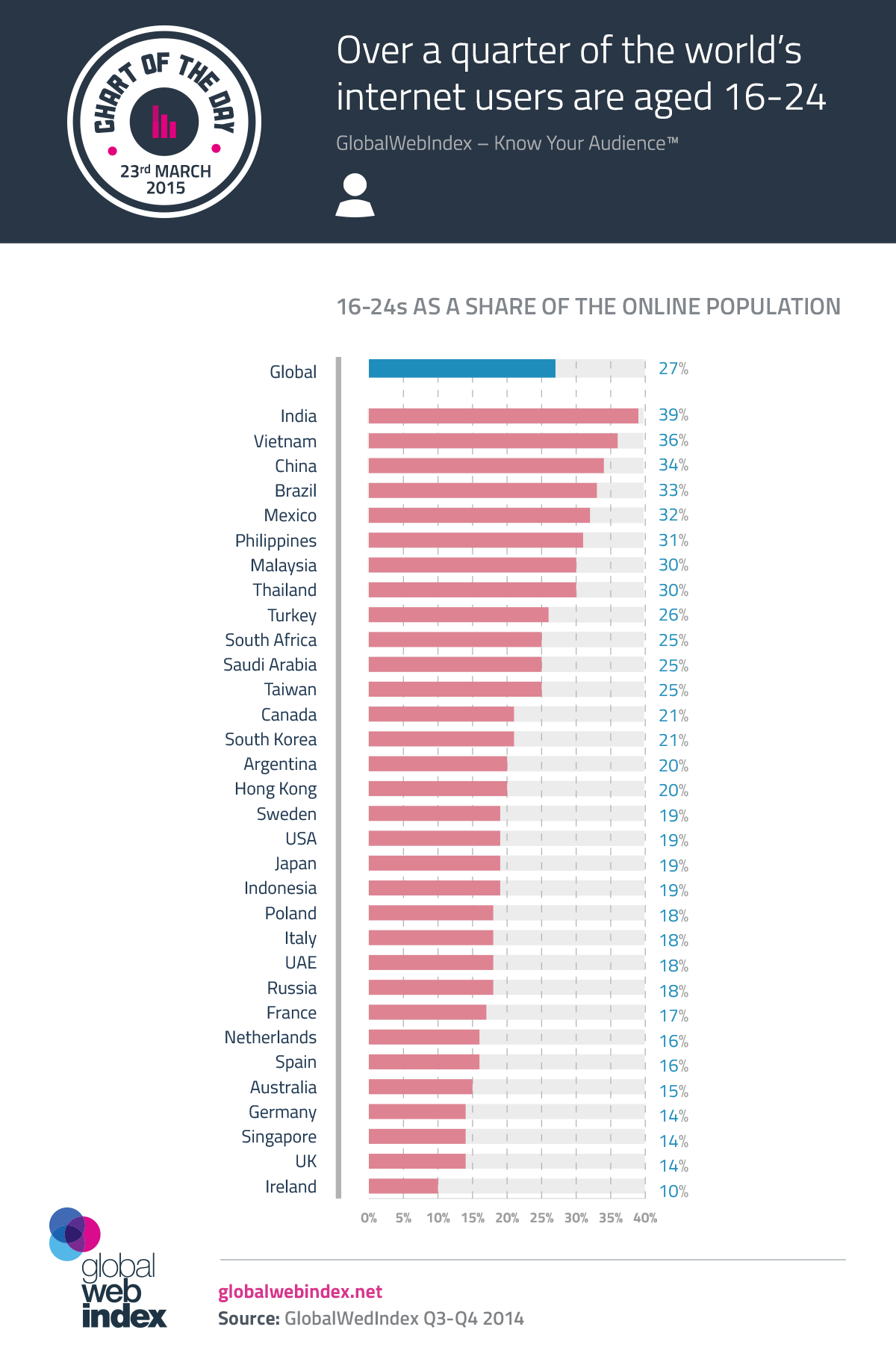