Over a third of internet users are “liking” brands

Clicking the “like” button remains a hugely important behavior in terms of brand-consumer engagement. But with so much time having elapsed since this feature was first introduced, just how many internet users continue to “like” products/brands on social networks?

Overall, the figure now stands at 35%. That equates to a global audience of more than 525 million people, up significantly since 2011.

As is so often the case, though, there’s a strong regional effect at work here: internet users in LatAm are most likely to do this, followed closely by their counterparts in North America and Middle East & Africa. It’s somewhat less common in Europe, where the percentage drops to just over a quarter. 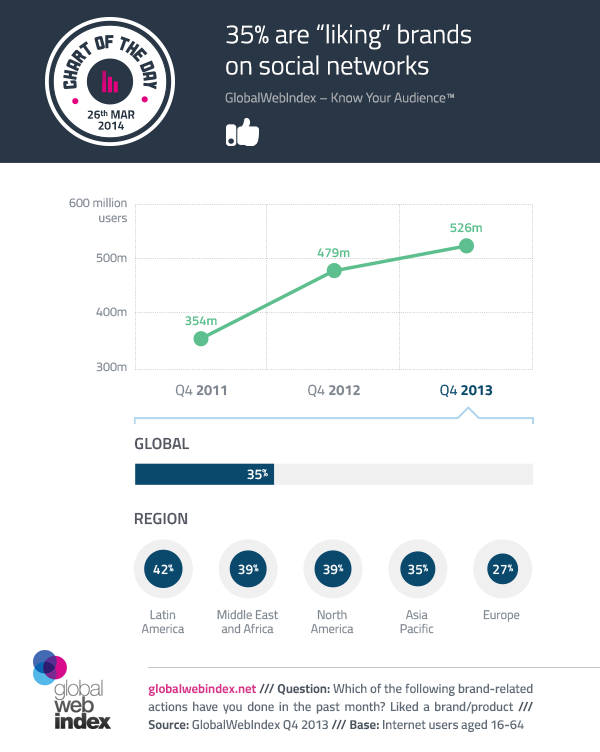