Periscope ahead of Meerkat

For our midweek Chart of the Day, we look at results from our new Q2 2015 wave of research to compare the fortunes of Twitter-owned Periscope and potential Facebook-ally Meerkat.

Overall, it’s Periscope which has the (albeit slender) lead over Meerkat. But that both are being used by a tiny minority shows how much work needs to be done before this type of app captures the attention of the mainstream audience.

Equally striking is the different age distribution of users. While both apps have the bulk of their users in the 16-34 demographic, Periscope has a much bigger share in the all-important 16-24 age group – something that gives it an edge as the two apps continue to go head-to-head. 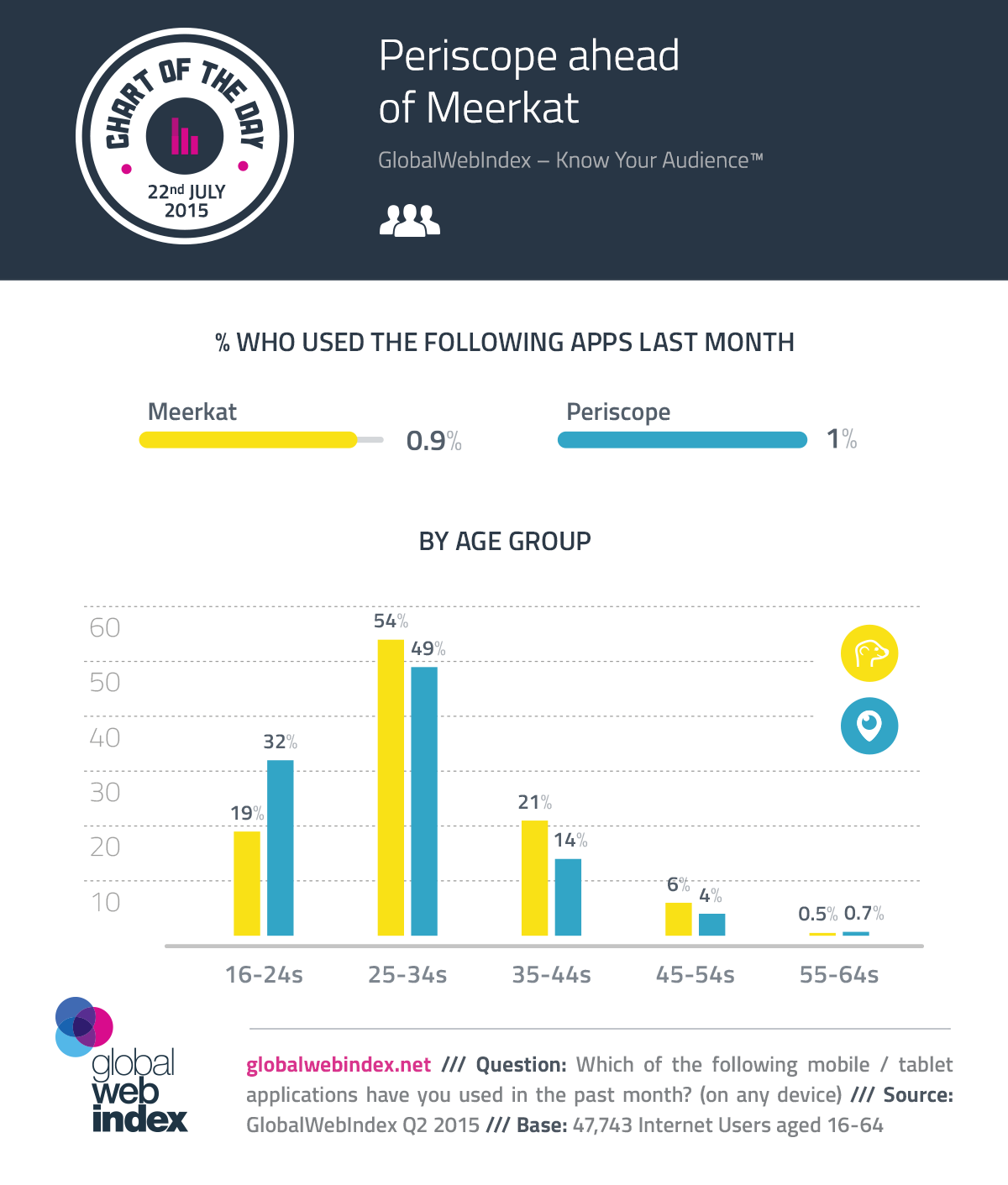