Pinterest and Tumblr are the fastest growing social networks

As we explore in our new GWI Social report (download a free summary here), there are some pretty clear patterns in evidence when it comes to growth in active users during the last year.

Of the biggest social platforms globally, Facebook is the only one to have seen a decline in the numbers who think of themselves as active users, with a 8% drop. Meanwhile, the chasing pack of YouTube, Twitter and Google+ have all experienced steady rises of between 7-13%.

But it’s the smaller and more specialized platforms which are growing at the quickest rates, with Pinterest (+97%) and Tumblr (+94%) recording by far the biggest and most impressive increases.

Of course, some context is crucial here. It’s easier for the smaller networks to record sizable percentage increases as they start from lower starting points. Even so, there’s no escaping the fact that Facebook recorded a decline, and one which is consistent in all parts of the world.

A wide range of factors help to explain this, but the trend towards Multi-Networking is one of the most important. With the typical Facebooker now active on 4+ other networks, it’s not hard to see how the rise of alternative platforms will have encouraged certain behaviors to migrate away from Facebook – with photos shifting to Instagram, for example, or blogs moving to Tumblr. Similarly, the emergence of numerous messaging apps is playing a part here as well; many conversations that used to take place on Facebook are now being hosted elsewhere. 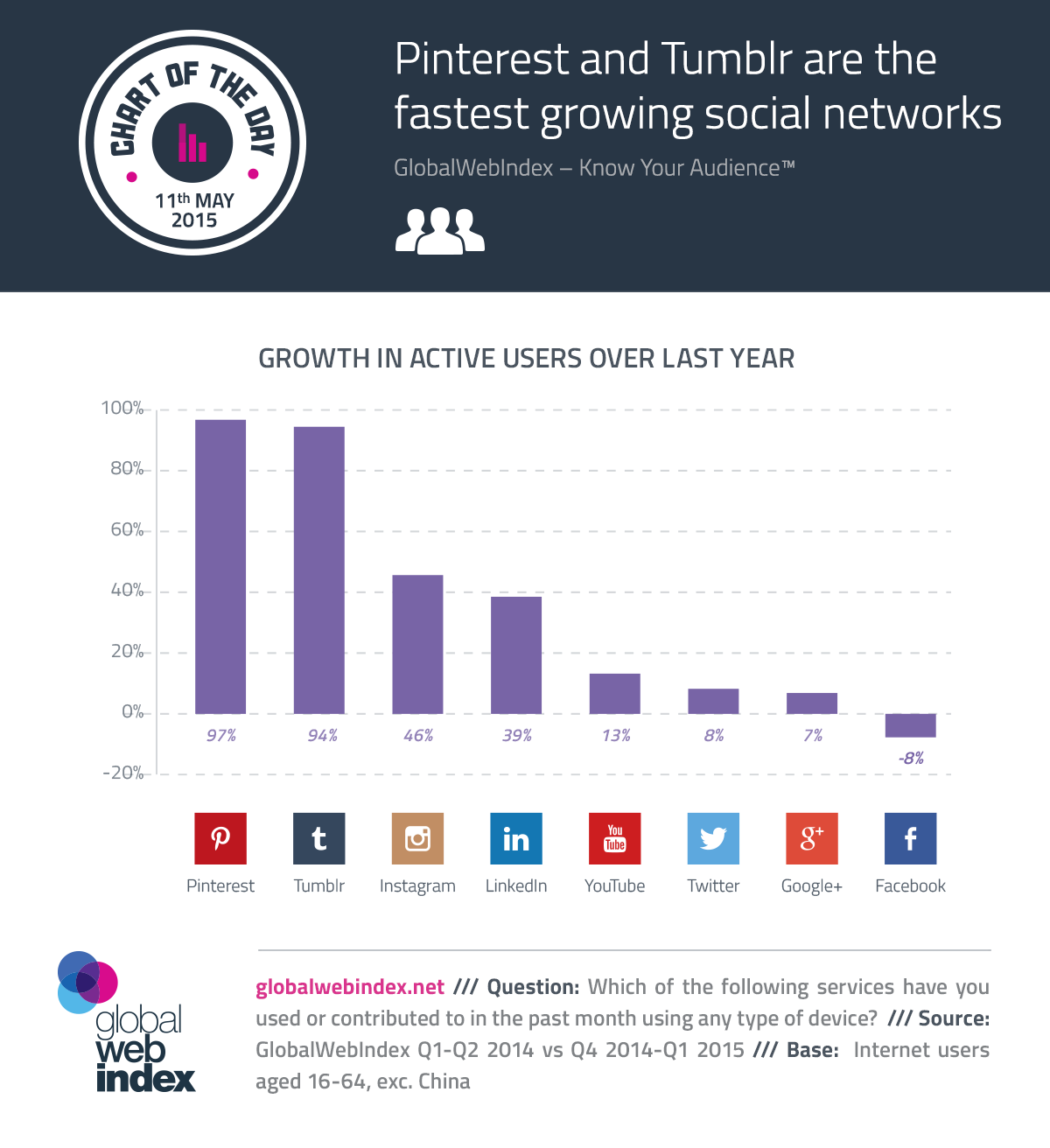