With the launch of our latest Social report this week, today’s blog looks at the fastest growing social networks.

Outside of China, Pinterest (+97%) and Tumblr (+95%) recorded the biggest rises in active user numbers across 2014 – with the latter enjoying particularly buoyant growth in the second half of the year.

Instagram (+47%) and LinkedIn (+38%) experienced very healthy rises too, a pattern which reflects the trend towards multi- and more diversified forms of networking as well as the ongoing rise of the smaller social networks. Of course, it’s easier for these smaller platforms to record big increases as they start from lower starting points; it’s nevertheless pretty telling that Facebook saw a 9% fall in active users across 2014.

Last quarter, we noted that – along with most other social platforms – Facebook had enjoyed a boost during the World Cup; now that this effect has receded, overall engagement is slightly lower than it was a year ago. What’s more, of the 8 biggest social networks, Facebook was the only one to experience a drop – and it’s a pattern which is present in all regions.

Naturally, some context is essential here. Facebook still has the best figures for membership, active usage and log-in frequency. It’s not that Facebook is being abandoned, then. Rather – as we saw in yesterday’s blog – it’s that people are using Facebook less intensively or actively than before as it becomes more and more of a hub that underlies our social behaviors instead of hosting them directly. 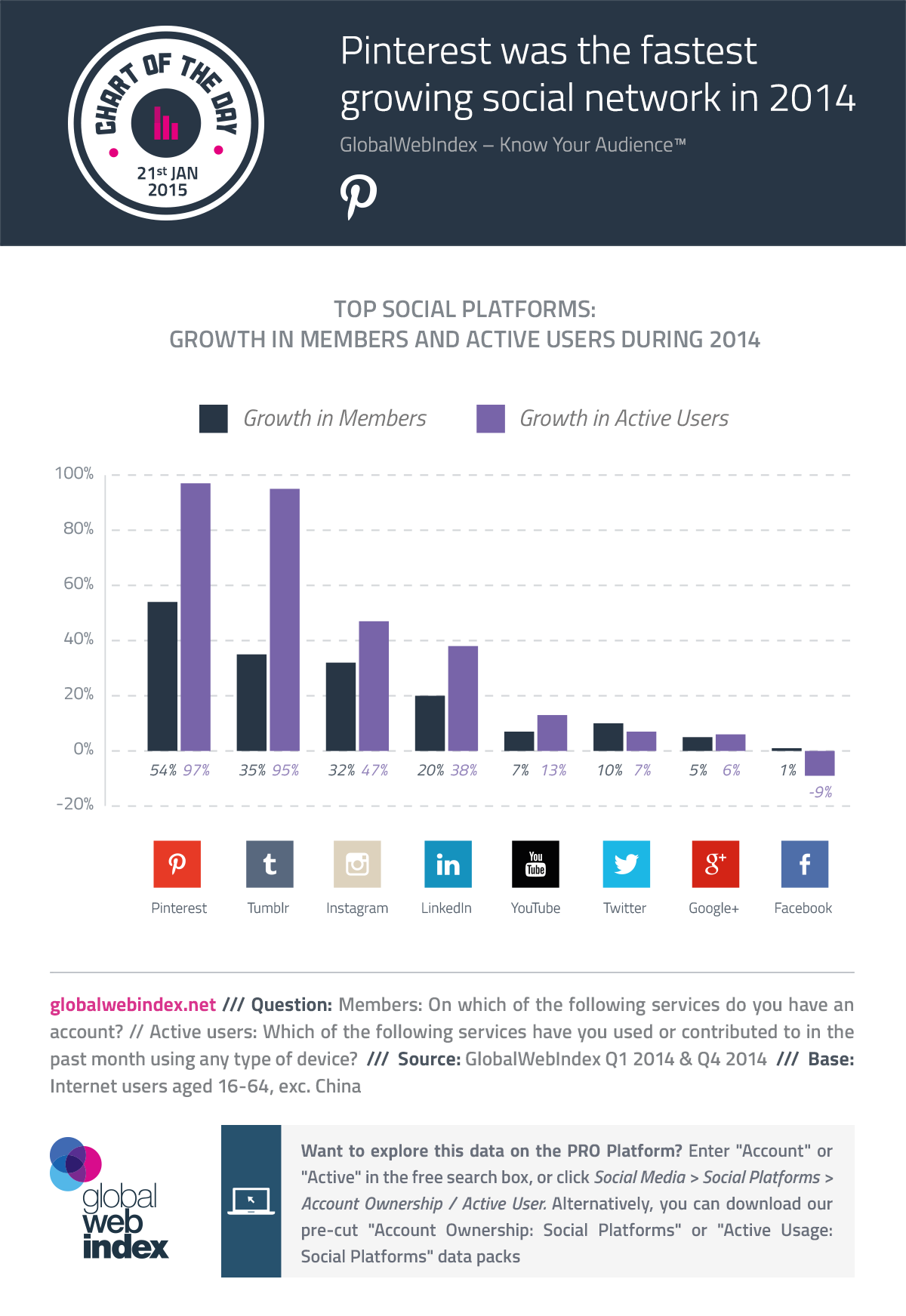