Last week, Shazam announced that it was partnering with more than 30 music artists to launch a new feature that allows users to see the songs being listened to by their favorite acts. According to Shazam, the artists – who include Calvin Harris, One Direction and Coldplay – have a combined total of over 600 million Shazam followers.

Seen by many as a direct response to Apple Music’s Connect feature, this week’s first Chart of the Day takes a look at the profile of Shazam users in order to understand why they are such a valuable audience.

As our data shows, Shazammers are a young group: over 7 in 10 users are under 35. What’s more, over a quarter come from the top income quartile and almost 3 in 4 describe themselves as being constantly connected online (putting them 30% ahead of the average internet user).

Perhaps most significant of all are their behaviors in relation to digital content; some 35% say they paid for a music download last month, making them 80% more likely than others to have done this. It’s not all plain sailing for Shazam though – just over 1 in 5 say they pay for a music streaming service, suggesting that a not insignificant portion of Shazammers will be susceptible to the lure of Apple Music. 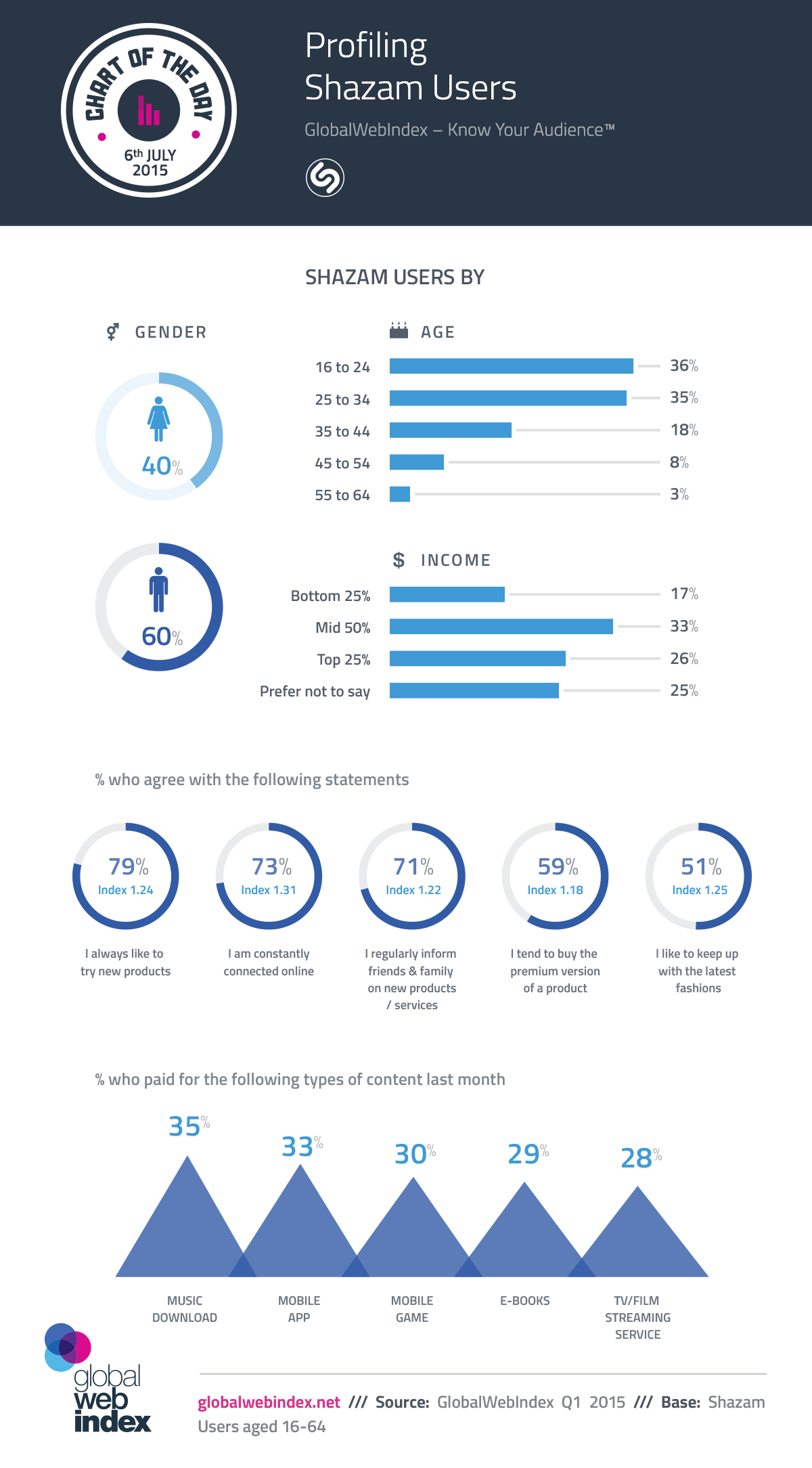