After launching in June in the US, Amazon Prime Music has now been extended to Prime Users in the UK. But what impact is the arrival of yet another new streaming service likely to make?

If we look at the 9% of internet users who are members of Amazon Prime Instant Video – and so have access to a Prime account – the majority (6 in 10) are now regularly streaming music. That puts them 40% ahead of the average.

So far, most of this audience will have been listening to their favorite music via one of Amazon’s competitors. Over a third of Instant Video users are on Spotify, for example, while 1 in 3 tune into Pandora. Some of the smaller streaming platforms also post decent figures among this group.

Although the Amazon Music library is considerably smaller than its competitors, that Prime Music comes as a free add-on for Prime users shows the clear opportunity that Amazon has to poach music streamers from other services. 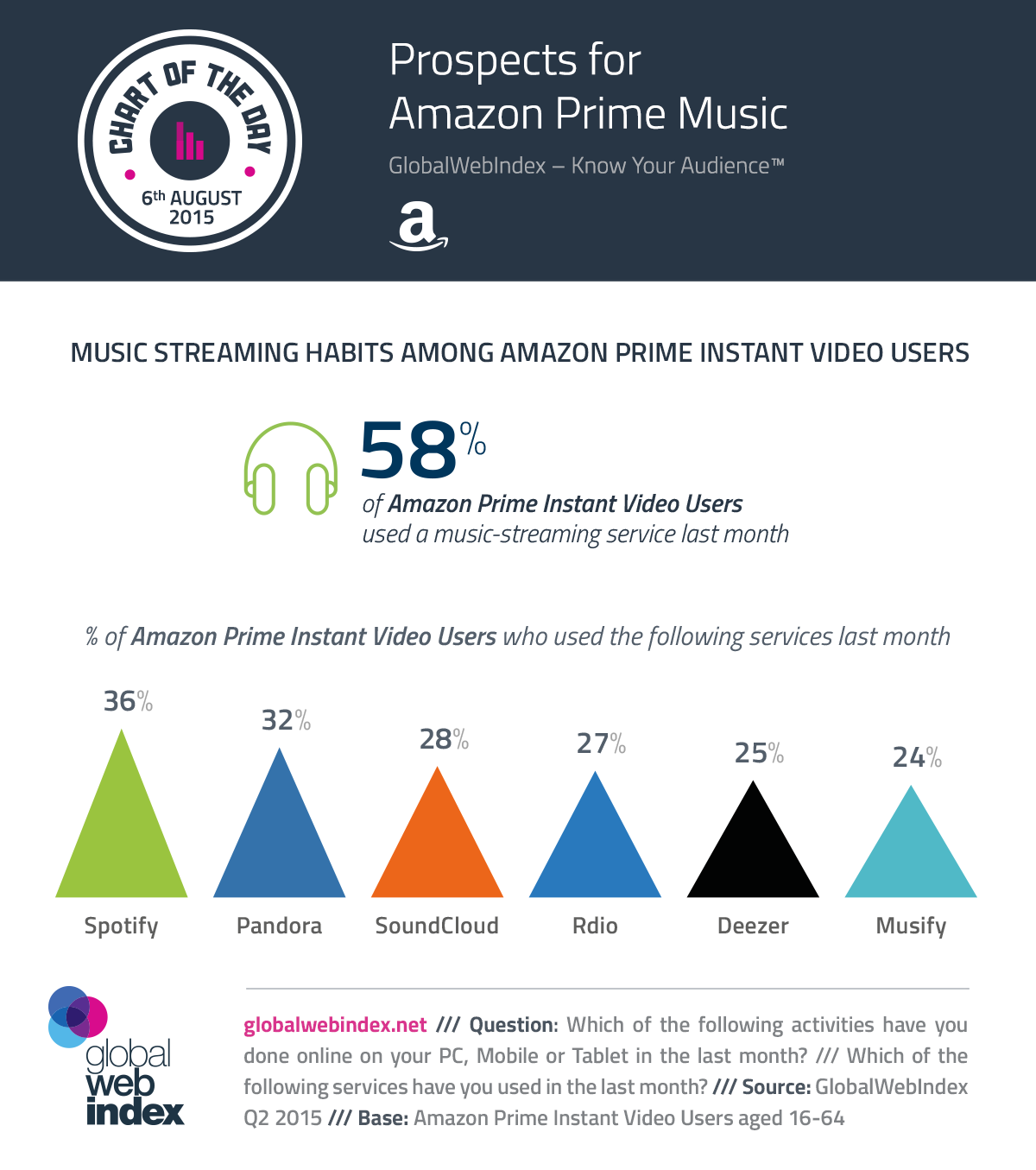