Prospects for Apple Pay in the UK

Having been in operation in the US since late last year, this will mark Apple Pay’s first trial outside its home market. But will Apple Pay in the UK enjoy the successes it has claimed in the US?

Apple has a strong presence over the American phone market: 1 in 4 of the country’s online adults has an iPhone. What’s more, the latest generation of iPhones have proven highly popular; a quarter of US iPhone owners have a 6 or 6 Plus, a significant statistic considering that it’s only these new models which can utilize Apple Pay. And with 25% of US internet users considering buying an iPhone or being interested in an Apple Watch, the future is promising.

Apple follows a similar trend in the UK’s mobile phone market – 1 in 4 have an iPhone and one quarter are hoping to buy one – but there is one key difference. In the UK, the 5S, 5, 5C, and 4S remain significantly more popular than the 6 models, thereby limiting the potential audience for Apple Pay. So, it’s the prevalence of older handsets in the UK market that will be one of the bigger challenges to overcome. 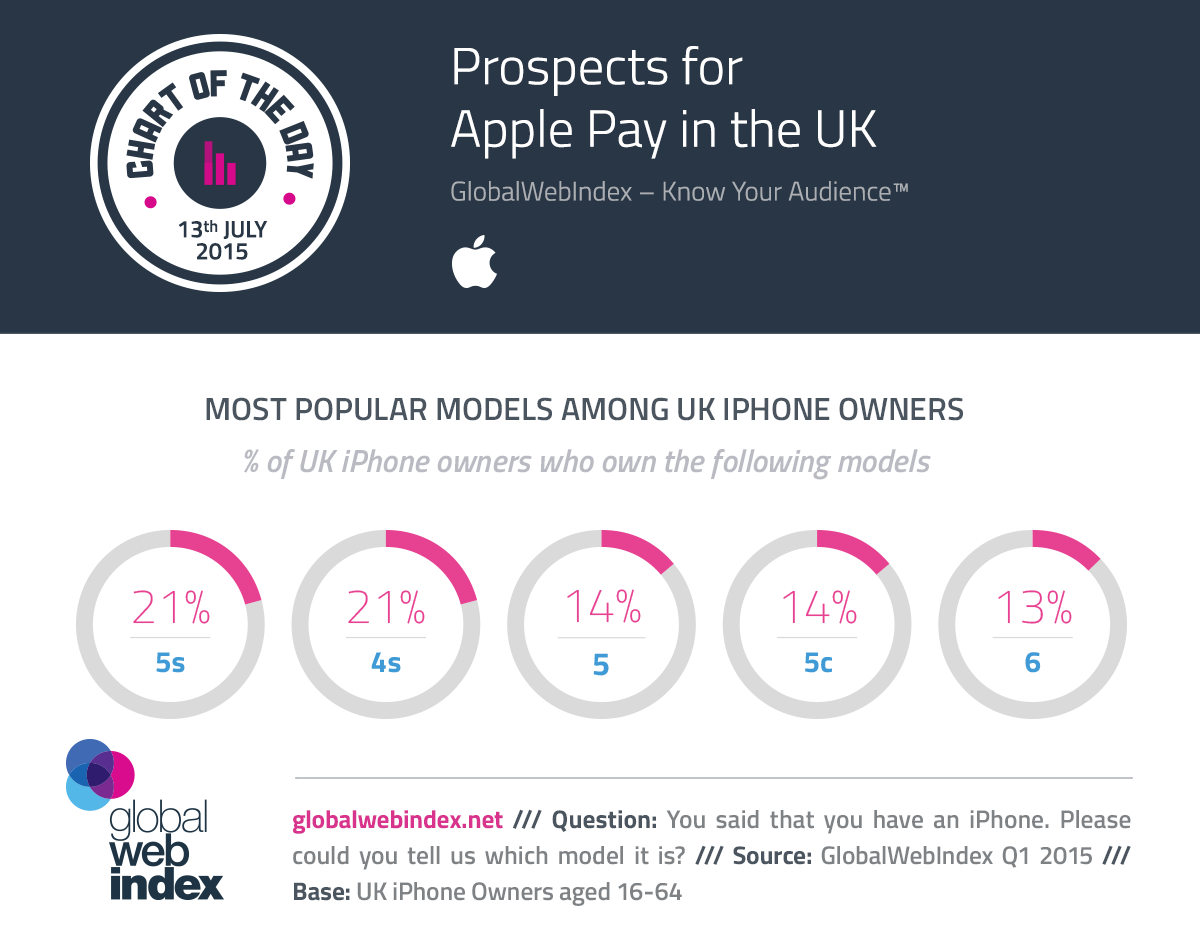