Hot on the heels of Apple Pay, Samsung has become the latest big name to enter the mobile payment fray – introducing a mobile wallet service for users in South Korea (with the US, UK, China and Spain next on the list to receive it).

As with Apple Pay, which is limited to the newest iPhone and iPad models, Samsung Pay will operate on just a handful of the firm’s latest handsets (including the S6). That’s a challenge for Samsung given the impact that the iPhone 6 has had on sales of other smartphones during 2015.

Nevertheless, look at the reach of the two brands and it’s clear that Samsung has the much bigger potential audience (and hence advantage). Globally, it’s over a third of online adults who own a Samsung phone, compared to just over a fifth who have some form of iPhone.

What’s more, while we’d expect a heavy Samsung skew in its home market of South Korea, it also has a pronounced lead in Spain and is ahead in the UK and China too. Only in the USA does this change to see the two brands on level-pegging.

So, while the biggest hurdle for both brands will be to convince consumers that they want to use mobile wallets, it’s Samsung which has the greater number of potential users already in its ecosystem. Ensuring that these users upgrade to a new Samsung model rather than defecting to a competitor will be absolutely crucial. 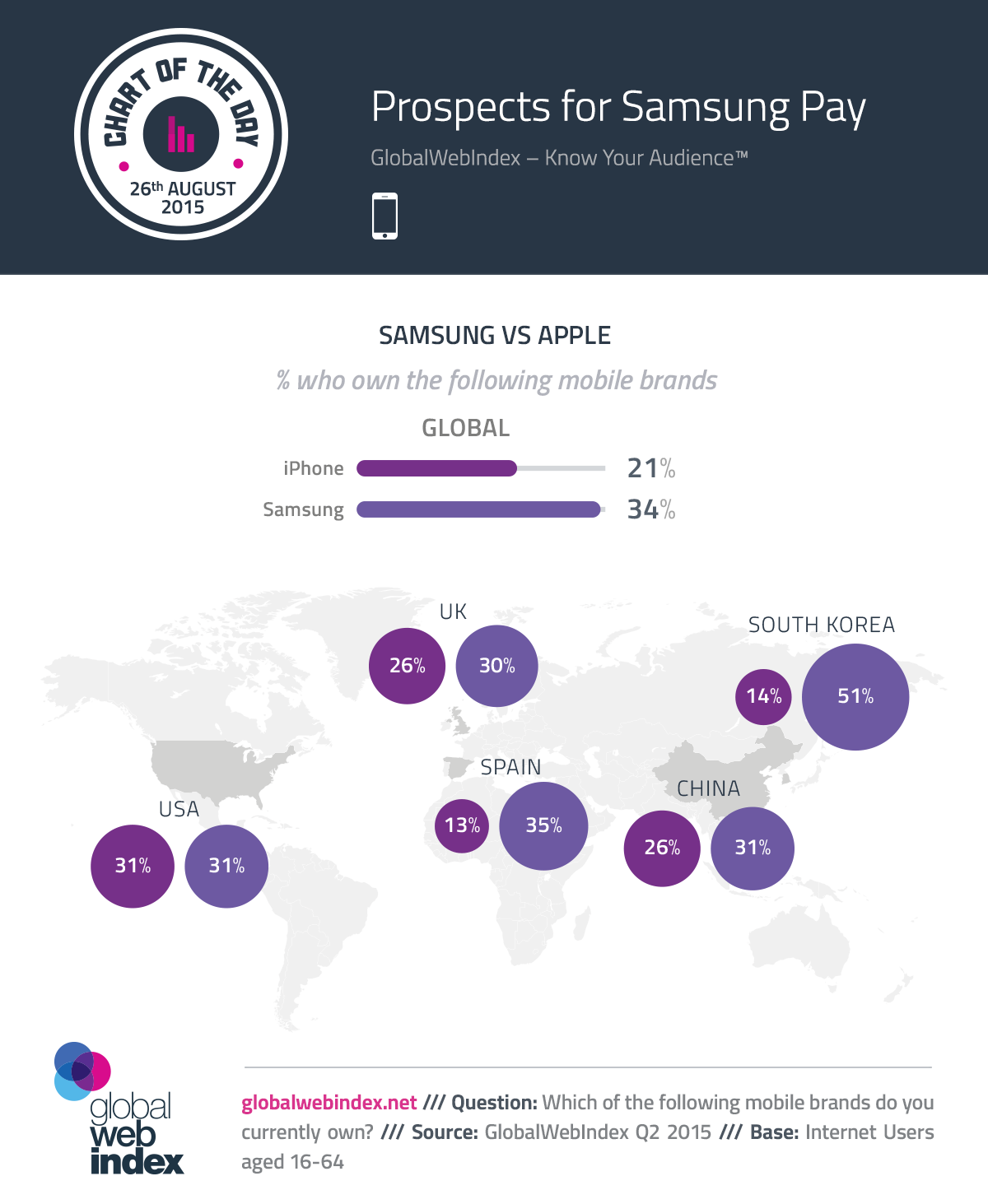