Mobile OS platforms continue to grow rapidly as highlighted by our latest infographic for Q3.

This looks at the actual operating systems that people are currently using rather than shipments to provide a more accurate picture of the market as it stands.

The big surprise, however, was the growth of Windows Phone, which expanded 37% to hit a total of 68m users and is now bigger than BlackberryOS.

Break down the numbers by market share and the only two climbers are Android and iOS, rising to 57% and 19% respectfully. These two operating systems now account for 66% of the market.

Another interesting comparison is to compare the scale of mobile OS adoption and tablet to what’s happening on PCs and laptops. As we see below, the leading OS on PCs today is Windows 7 with an estimated 734m users.
This is significantly smaller than Android across mobile and tablet, which as a combined platform has 925m users. If you are looking for proof points for the post PC reality, this one statistic is all you need.

While it still lags the combined scale of all four Windows desktop operating systems, which by our estimates have a combined user base of 1.4bn users, we predict by as early as 2015 that Android will be the world’s number one OS. 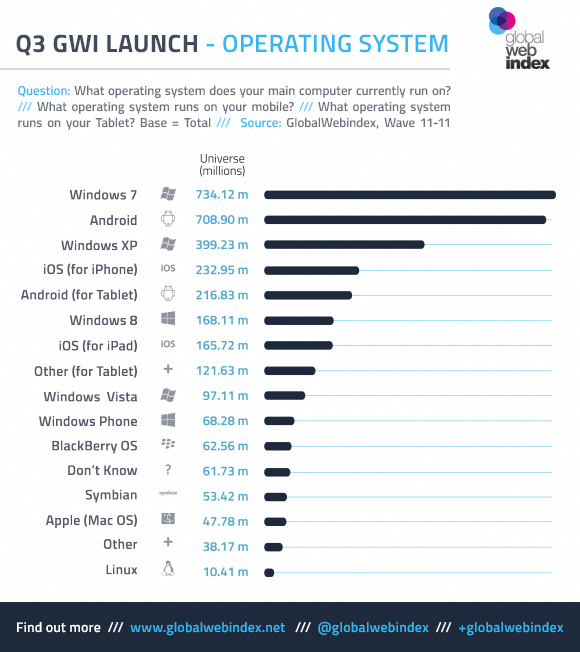 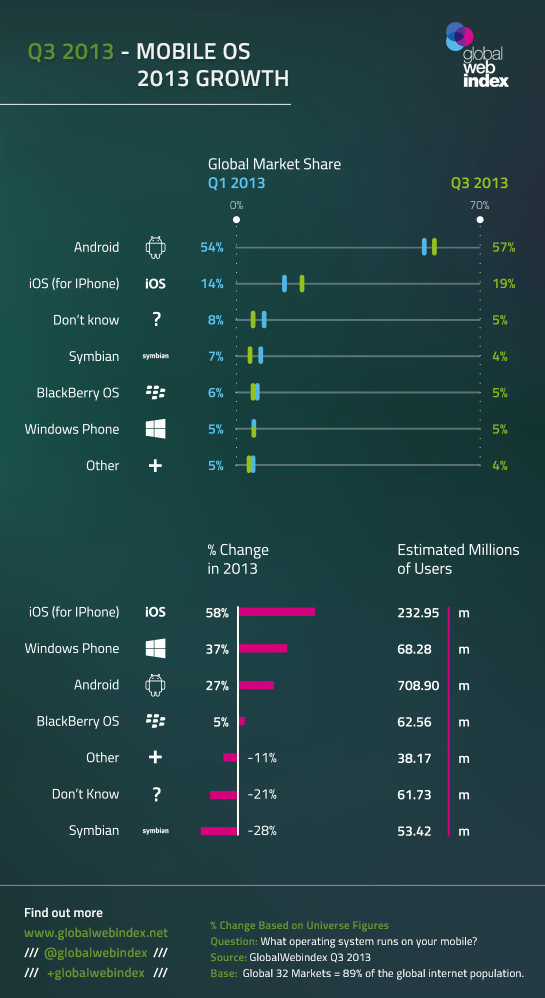