Vine is the fastest-growing app in 2013, expanding its estimated audience by an incredible 403%. This is followed by Flickr, which grew 146%, demonstrating a comeback from the written-off photo sharing app, with Instagram in third recording growth of 130% in 2013.

Vine still has the smallest reach (just 3% of mobile users) of the top three but it’s explosive growth equates to estimated active global audience of nearly 24m users. Instagram now has 109m users with a 12% reach, however if these growth rates continue at their present rate, the gap should close.

Rank apps by scale and the top five is dominated by Google, with Google Maps leading the way with 54% reach and an estimated active audience of 474m. Despite the fact that it came 14th in our growth ranking, Google Maps still expanded its user base by 82% in 2013, a reflection of the rapidly expanding smartphone universe.

This ranking demonstrates that applications are continuing to redefine how we experience the internet, shifting behaviours increasingly beyond the browser and the PC. Today users experience a product across multi-devices, browsers and applications. 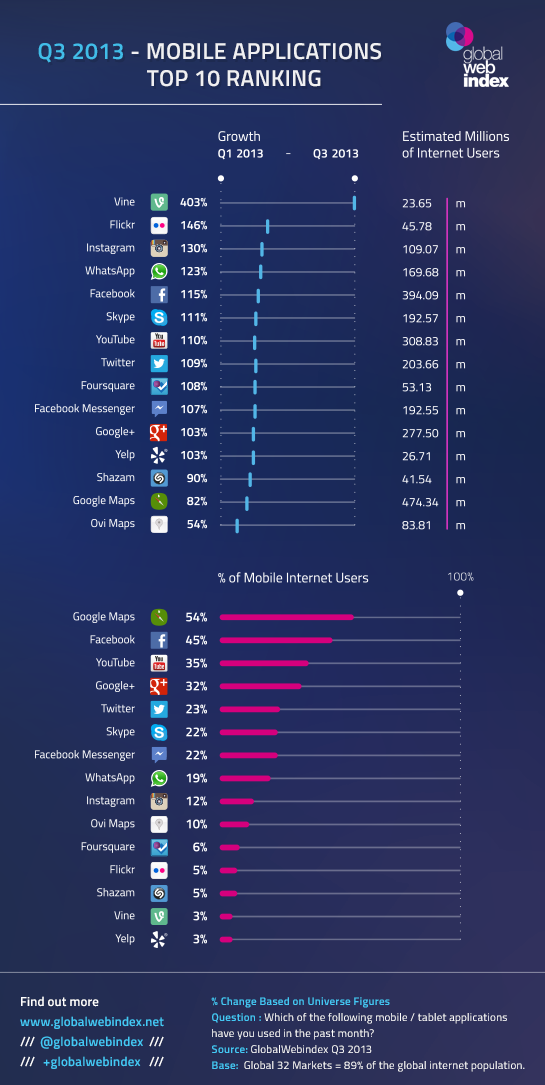