This week, Skype made a claim for a share of the instant messaging market with the launch of Skype Qik. The app allows users to share 42-second mobile videos that are automatically deleted from the receiver’s phone after 2 weeks. There are also 5-second ‘Qik Fliks’ for even shorter communications.

The similarities to services like Snapchat are obvious. Our chart below looks at the impact of instant messaging apps in two representative markets – India and the USA.

Although Snapchat may only be used about a tenth of mobile internet users in both countries, it has real appeal among coveted demographic segments: more than 50% of adult Snapchatters are aged 16-24, while more than a quarter of US teens are using the app. It’s obvious to see why Skype would want to appeal to this audience.

Overall, though, it’s worth noting that Skype enjoys its best usage levels in fast growth markets – with India, where nearly half use it, being representative of this trend. As a result, it’s these markets that Skype is likely to be eyeing up the most as Qik’s potential core markets – hoping to bring mobile video messaging to the mainstream, just as it did with VOIP calling. 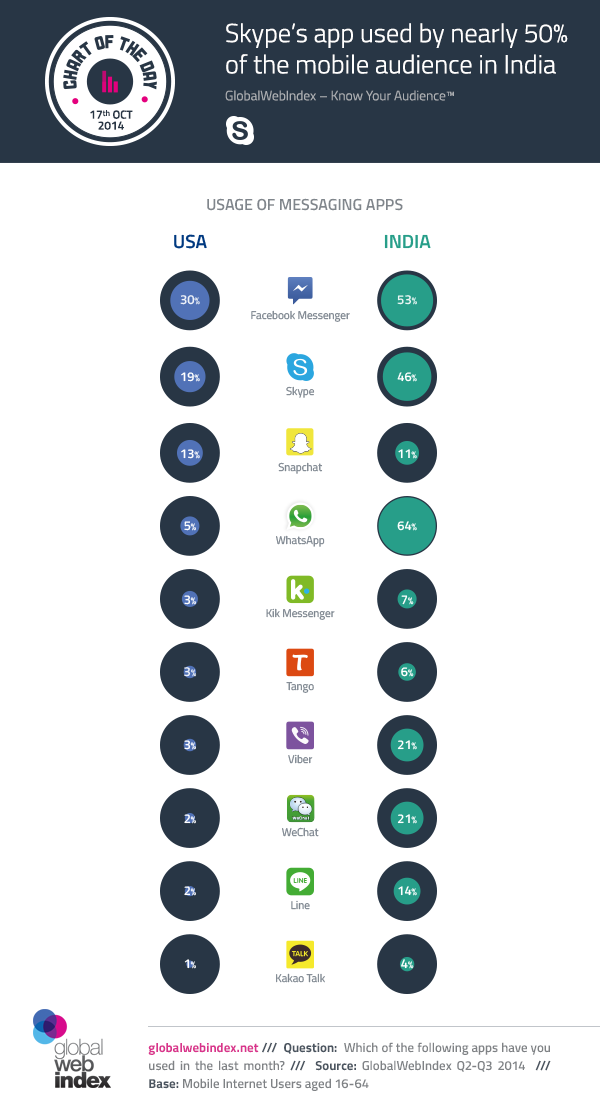