As our new infographic highlights, a third of online adults now own a smart TV.

Look at the figures by age and it’s immediately obvious that price is having an impact on ownership rates. So, while 4 in 10 among the 25-34 group have one, the equivalent figure for 16-24s drops to just a quarter. The income divide is even clearer: half of the most affluent internet users own a smart TV, compared to just 3 in 10 within the bottom income quartile.

Owners are not just purchasing them as status symbols, however. This audience is 50% more likely than average to have used Netflix within the last month, with a fifth having used Amazon Prime Instant Video. They are also happy to pay for these VOD services – one quarter have done so in the last month.

They’re a brand-aware bunch, too. Half of Smart TV owners say they tend to buy brands they see advertised, while almost a third report having found a new brand/product via a film or TV show. 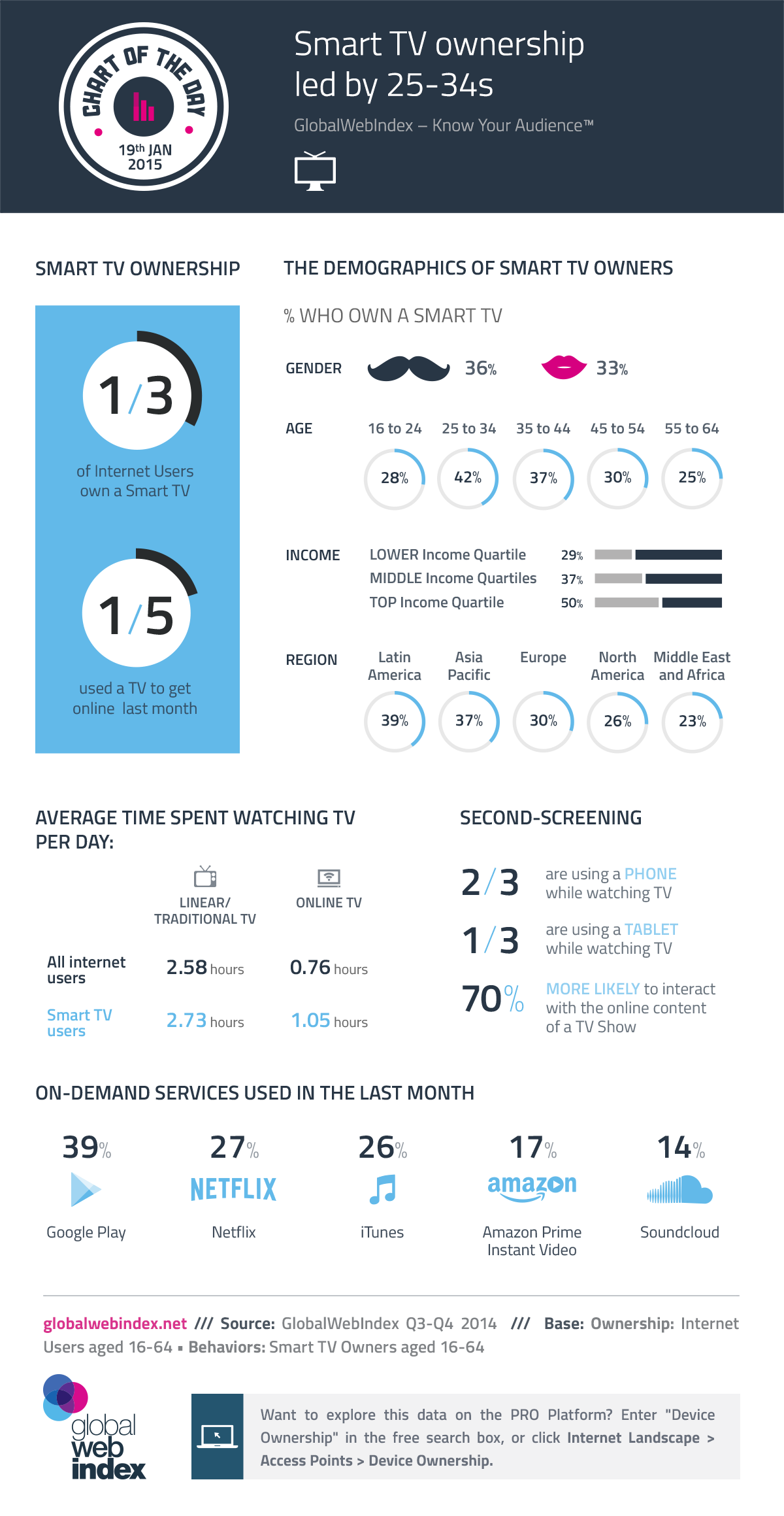