Smartphones have 1.73 users per device

As we discuss in our report on Internet Usage Trends, any notion that 1 device = 1 user simply does not reflect the ways in which internet users across the world are getting online. For each of the three most common internet access points – PCs/Laptops, Mobiles and Tablets – our data shows that device sharing is a widespread trend.

Even for mobiles – which are normally considered to be the most “personal” device – there’s a degree of sharing taking place in all of the countries we track. It’s least widespread in Germany, where each smartphone has an average of 1.2 users, and is most pronounced in Vietnam (2.2 users per smartphone). In fact, there’s a fairly clear division in terms of countries: fast-growth nations typically appear at the top of the list, with 1.5 or more users per smartphone, while the most nature nations tend to dominate the bottom half.

The demographics of sharing provide some explanation for this: for mobiles, it is most common among younger internet users as well as the lower income quartile. Clearly, then, the expense of access is having an impact here: with smartphones and mobile internet access both remaining relatively expensive, device sharing is a way for people to use the mobile web even when they don’t personally own a device. 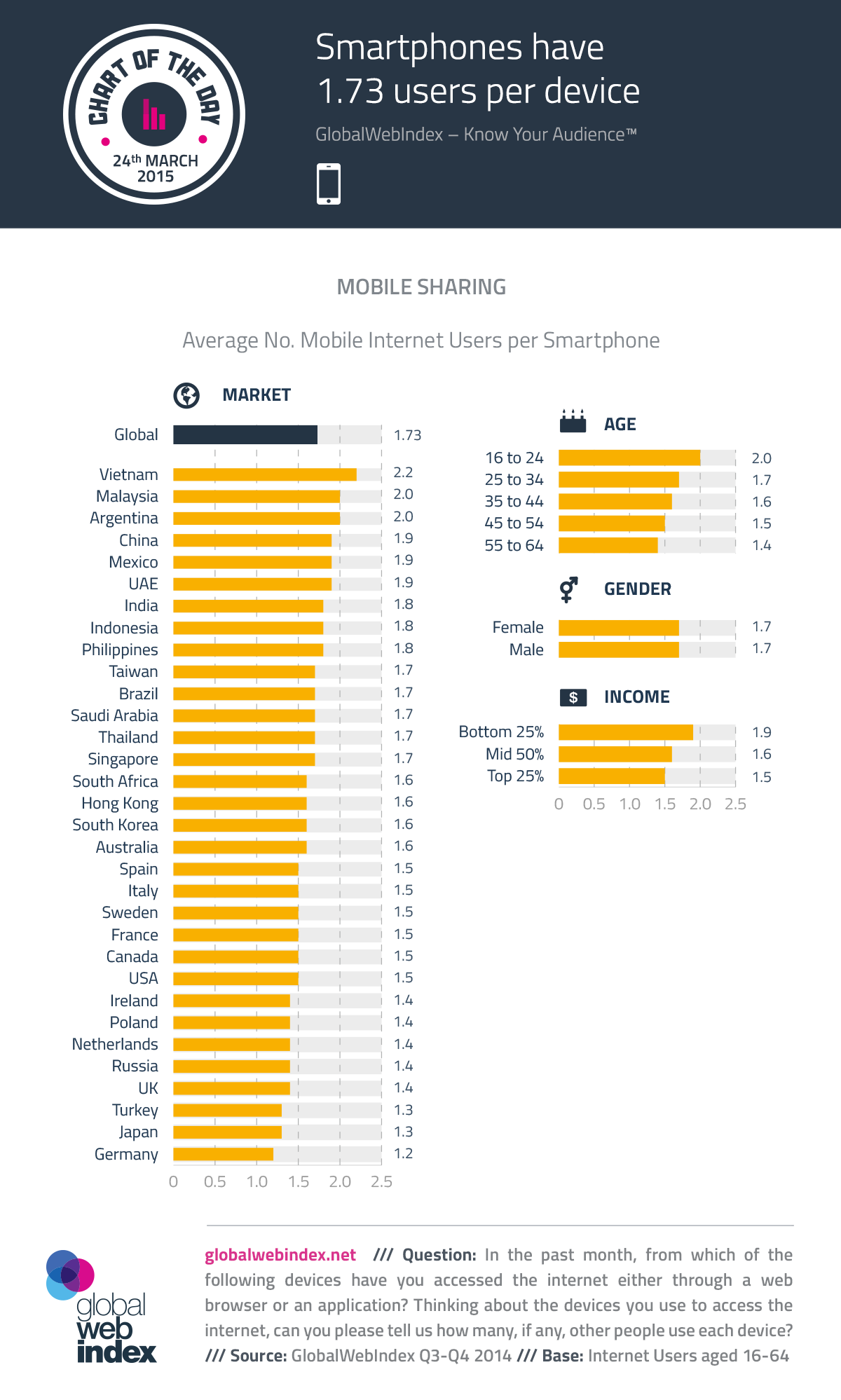