Snapchat is Getting Older

Snapchat has long been synonymous with teens and young users, enjoying consistently strong growth among 16-24s. But as Monday’s Chart of the Day shows, Snapchat now appears to be catching on with older age groups too.

Throughout 2015, our data showed that well over half of Snapchat’s adult users were from the all-important 16-24 demographic. Q1 2016 was the first time that this fell below 50% and it’s dropped even further in our latest wave of research to just over 4 in 10. Simultaneously, the older age groups, and 25-44s in particular, are accounting for an ever-bigger share of its audience.

Although the service continues to add users in all age brackets, it’s the 25-34 and 35-44 groups which are now growing at the fastest rate. So, while Snapchat’s audience still remains young overall, it’s likely that the broadening which is now taking place will give it a better standing to break into the top tier of social networks currently occupied by names like Facebook, Twitter and Instagram. 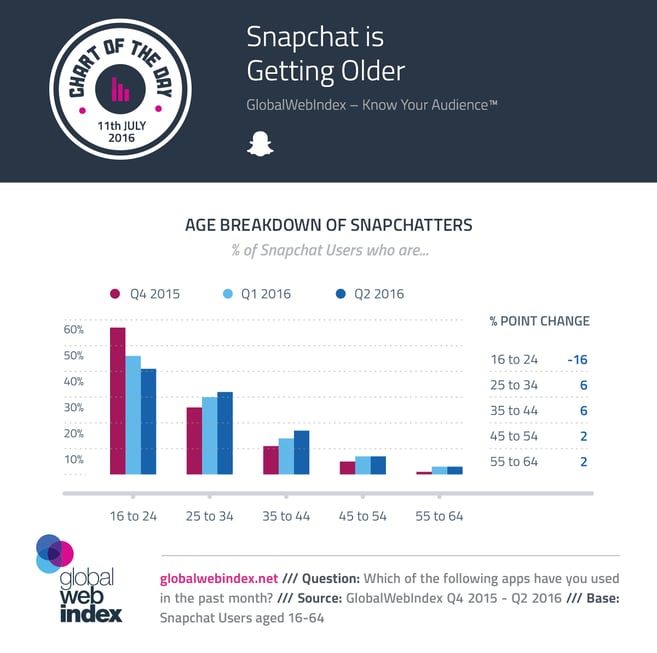