For our final Chart of the Day this week, we take a look at the five social/messaging apps which have grown the most since the start of 2014 – a theme we explore in more detail in our new GWI Social report (a summary of which can be downloaded for free here).

Between Q1 and Q3 2014, it was Snapchat which saw its audience increase the fastest – with its 56% rise being driven by heavy adoption rates among young users in markets such as the US, UK, Australia, Ireland and Canada.

Facebook Messenger also grew its audience by more than 50% as users were forced to adopt it in place of sending messages via the network’s main app. Arguably, therefore, Instagram’s more organic growth of 47% is more impressive.

Significantly, though, all of the social and messaging apps tracked by GWI posted strong increases over the last six months, giving yet more proof of the ongoing migration of social behaviors to mobile devices. 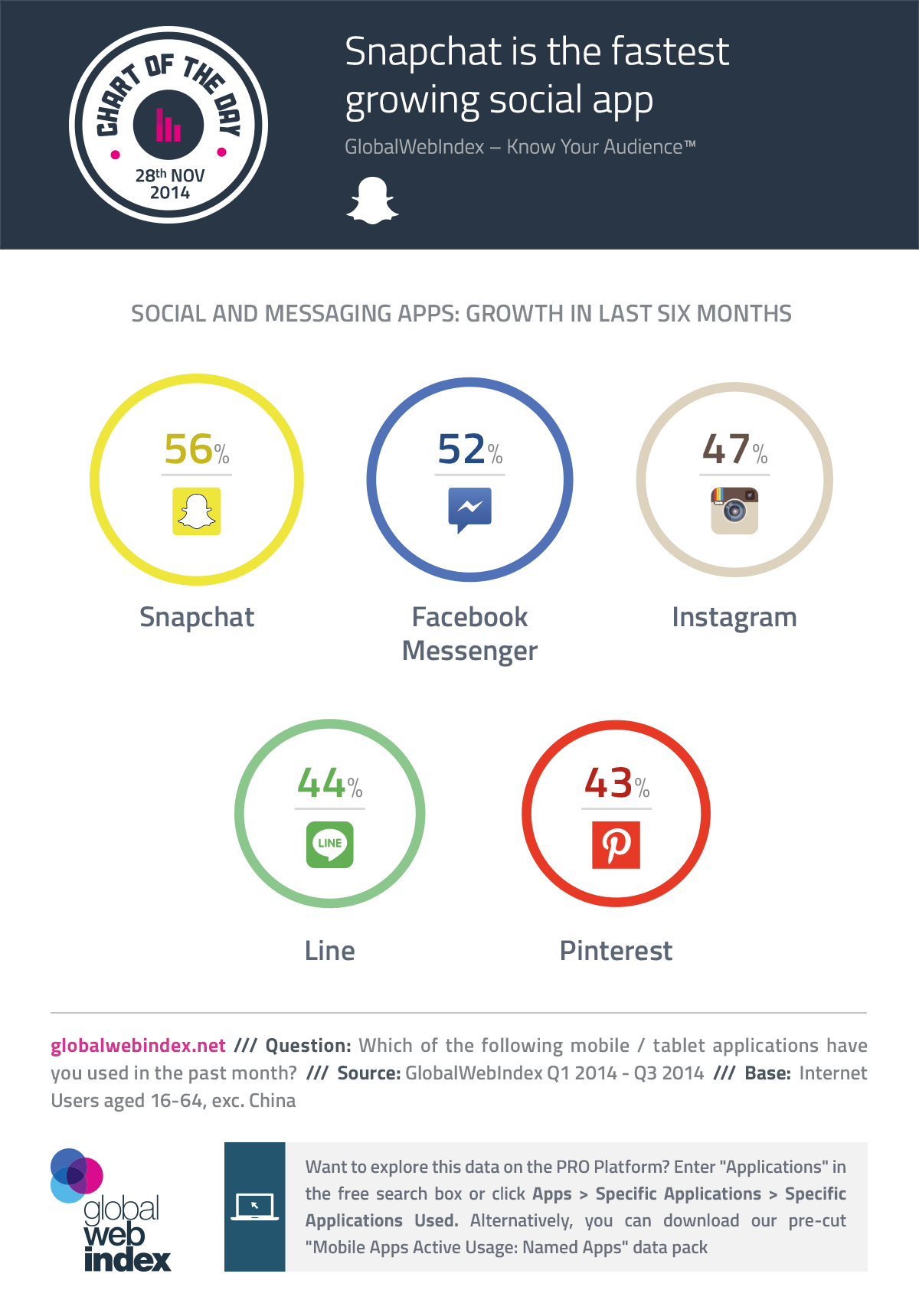