Hot on the heels of Facebook and LINE – both of which have recently introduced data-saving “lite” modes – Snapchat is introducing a “Travel Mode” which will allow its young users to load Snaps, Stories and Discovery features only if they explicitly tap on them.

As our first Chart of the Day this week shows, it’s a mode that is likely to prove popular among its existing user base – over half of whom are taking foreign vacations each year.

In reality, though, this is a move designed to appeal to users in fast-growth markets where Snapchat has so far struggled to make much of an impact. Indeed, despite being wildly popular among teens in much of Western Europe, North America and Australasia, as well as in parts of the Middle East, the app is yet to garner widespread interest in most LatAm or APAC markets.

Many potential users in these countries will be managing their mobile data plans pretty carefully (it’s certainly not a coincidence that it’s in these regions where we tend to find the highest usage of WiFi rather than 3G or 4G). So, courting these individuals with a more data-conservative way of connecting could well help Snapchat to become a truly global name. 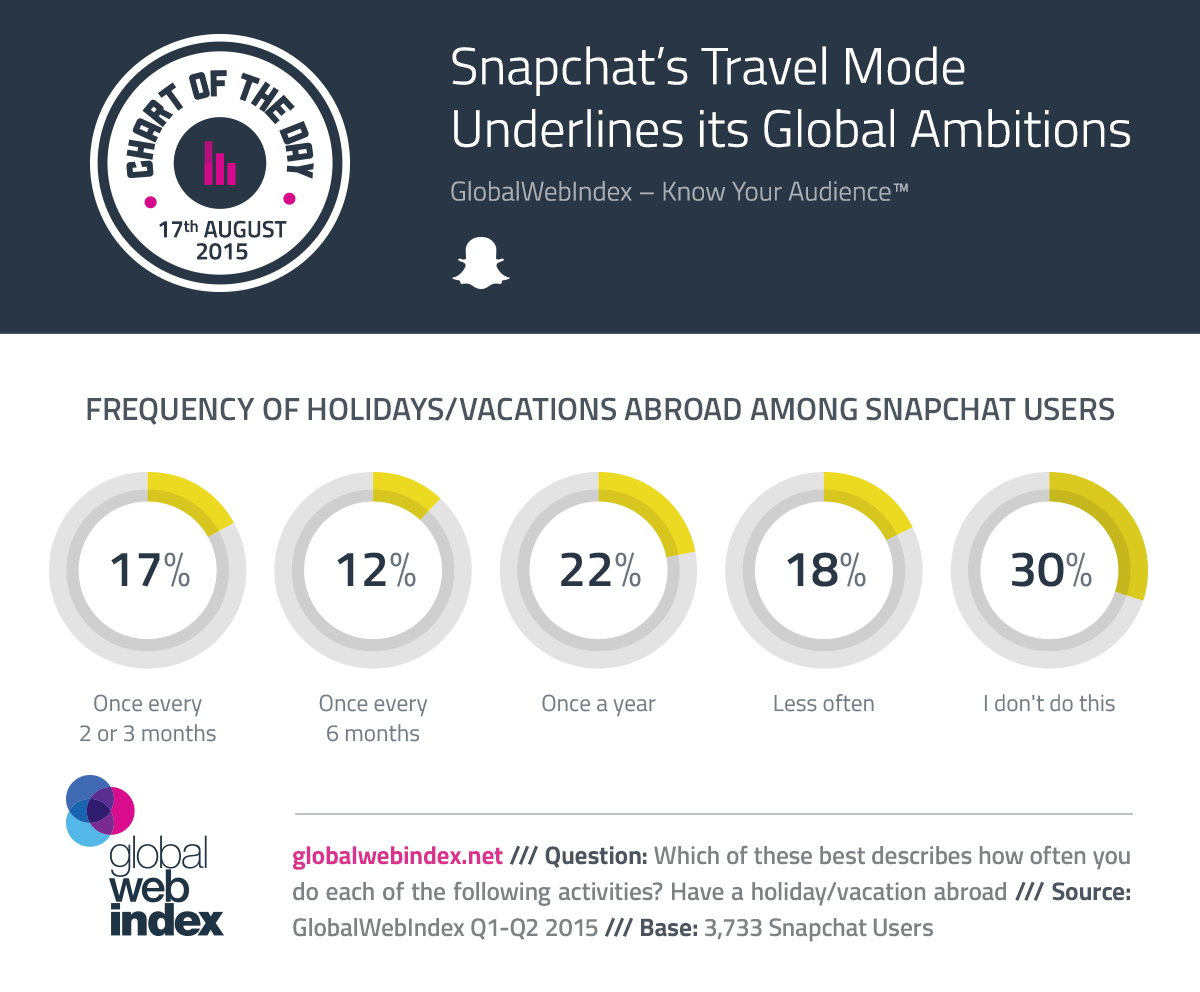