Research from our new GWI Social report (you can download a free summary here) shows that Snapchat was the biggest rising social app in the last six months.

Between Q3 2013 and Q1 2014, Snapchat’s membership base outside of China grew by some 67%. This is more than twice the figure for any other social app tracked by GWI, and one that climbs even higher among teens (defined here as 16-19 year olds) to hit 95%. Clearly, then, its appeal remains strong despite concerns in some quarters about just how “erasable” its messages are. And with new features recently announced, it’s inevitable that this growth will continue.

It’s also telling that messaging services comprise all three of the fastest growing apps in the last six months – yet more evidence of the surge in popularity for this genre. 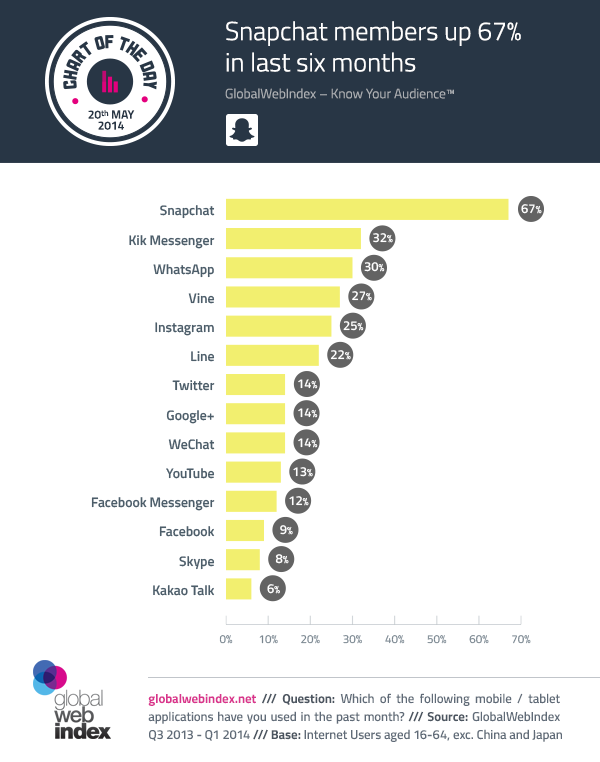