Snapchat was the fastest growing social app of 2014

As our new GWI Social report explores (download a free summary here), Snapchat can lay claim to two particularly important titles: it is the app where teens over-index the most strongly of all as well as the one with the fastest rising audience over the last twelve months – up 57% between Q1 and Q4 2014.

One recent study claimed that the app’s growth had flatlined during the last year. But with the research in question looking only at adults aged 18+, a large part of Snapchat’s biggest and most important demographic were excluded. Put this group back in the picture and Snapchat’s continuing success is clear: globally, 15% of teens are using the app, but this rises to more than a third in key markets such as the UK and US.

Elsewhere, Facebook Messenger increased its audience by 50% as users were forced to adopt it in place of sending messages via the network’s main app. Arguably, therefore, the more organic growth of Instagram and Pinterest (each up by 43%) is more noteworthy. 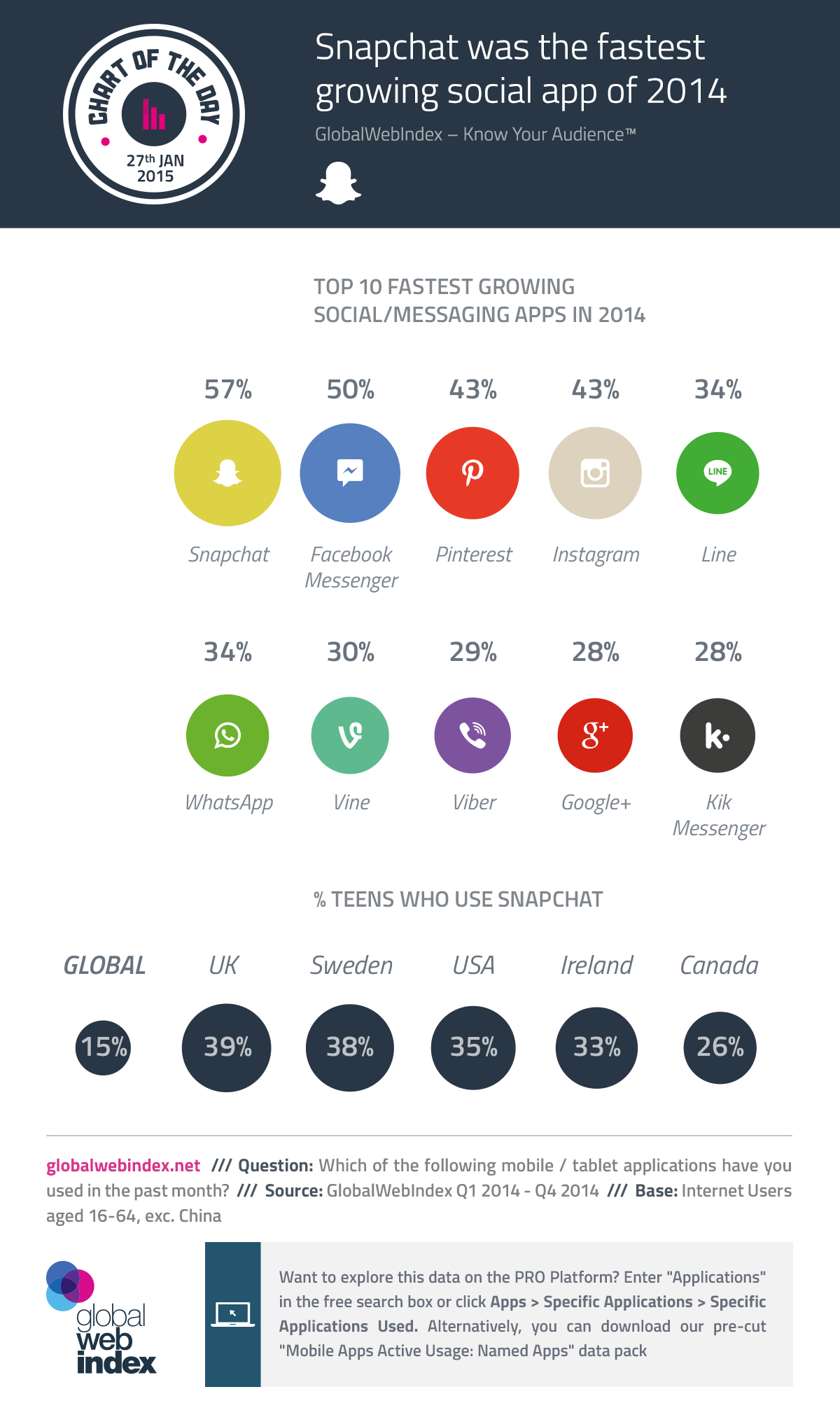