Snapchat, WeChat and Tumblr have the youngest audiences

For Tuesday’s blog, we draw on more findings from our new GWI Social report (download a free summary here) to look at the age profiles of audiences on five key networks/messaging services.

In terms of mobile messaging tools, Snapchat has the youngest audience; a massive 84% of its users are under 35 (by way of comparison, the equivalent figures on WhatsApp and Facebook Messenger are 63% and 64%). WeChat and LINE can also boast that more than a third of their users are from the key 16-24 demographic, whereas a service like Skype has a much older audience – a result, in part, of it being popular as a family communication tool.

For social networks, it’s Tumblr which has the youngest active user base; 70% of its audience comes from the 16-34 bracket. Instagram follows very closely behind, though, giving some context for why it’s seen as one of the “coolest” networks among the teen audience – it’s these individuals who are most likely to be using it (often in preference to Facebook). 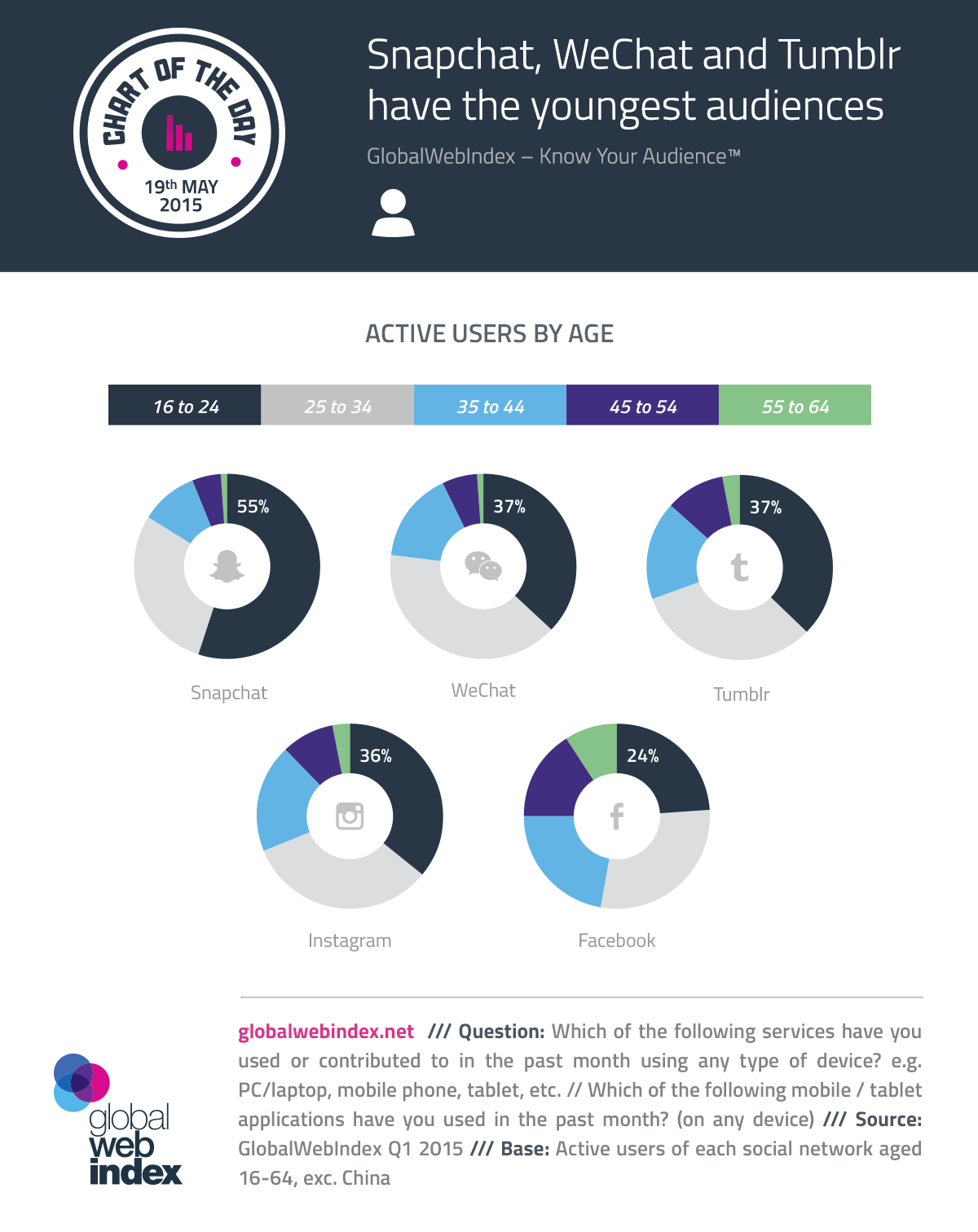