21 years have now passed since the network Six Degrees launched, recognized by many as the first social network. Social media has evolved extensively since then, and today we kick off a series celebrating the 21st anniversary of social media. 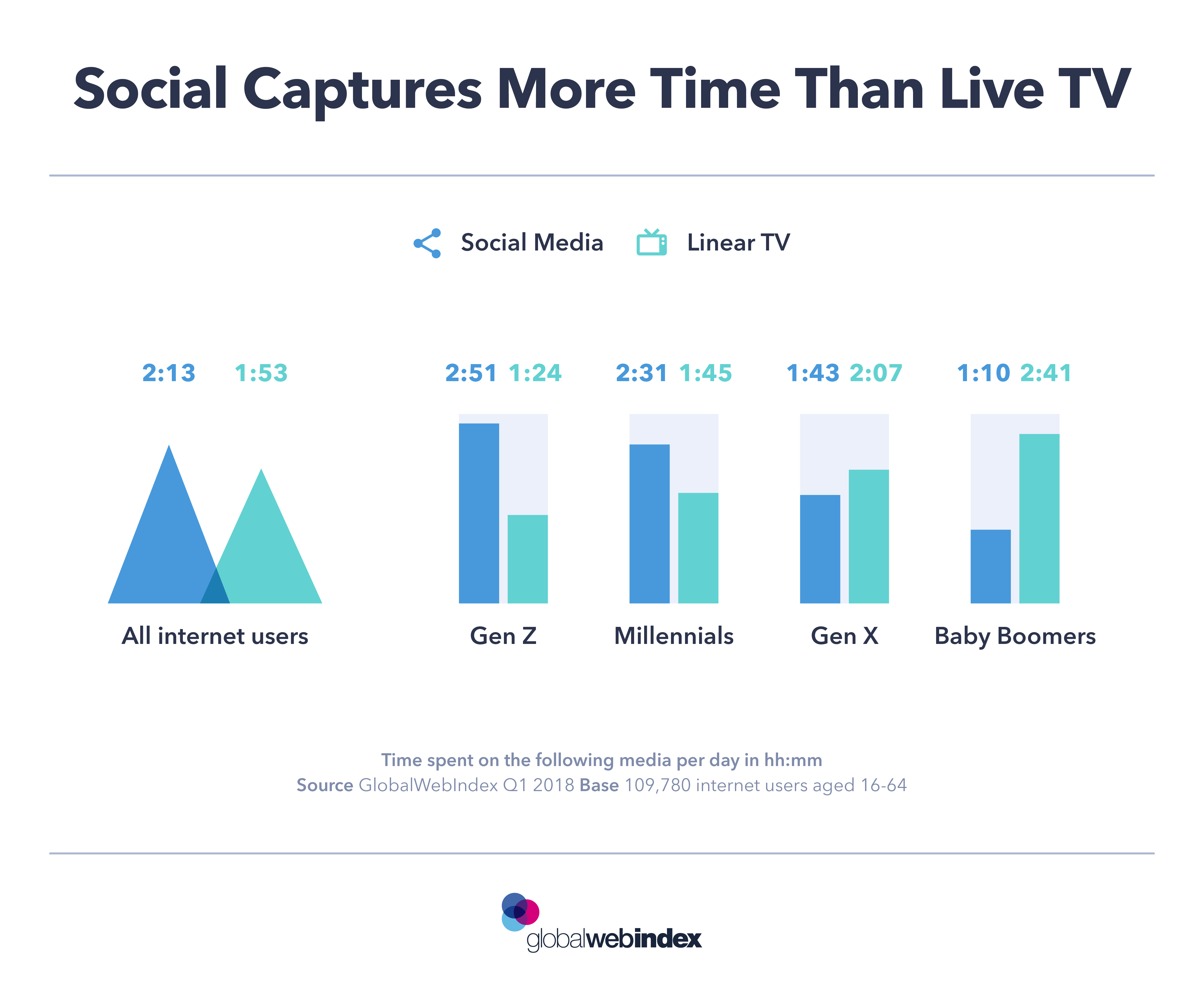 Although the nature of social media engagement differs from the type of appointment viewing seen with linear TV engagement, it’s still the case that internet users are devoting longer periods of their day to social media, even if this is in short bursts throughout their day.

But among Gen Zers, for example, this gap widens to almost 1 ½ hours.

As another example of how entrenched social media has become in our daily lives, internet users (outside China) are a lot more likely to be engaging with Facebook on a daily basis than they are broadcast TV.

These differences become even more pronounced among Gen Zers and Millennials, who are over twice as likely to use Facebook at least daily compared to TV.

Even among Baby Boomers who tend to display a much stronger attachment to broadcast TV, it’s still almost half using Facebook as frequently.

While this does underline the advantage in outreach scale for social media, there’s still no denying the power of TV ad campaigns, especially with the benefits associated with TV’s return on investment potential. But as it approaches this anniversary, the social media industry is now beginning to directly compete with TV networks as the likes of Facebook, Snapchat and Twitter move further into video and original programming.