Having reached saturation point in many mature markets, the likes of Facebook are looking to drive revenue by exploring or creating new ways of engagement to add to their offerings. It’s entertainment, with music as a deal-maker, which emerges as one of the strongest contenders to define engagement for sustained growth.

Throughout 2017 Facebook took steps toward legitimizing its place in the music industry, helping to appease the concerns of music rights owners over the free availability of their content on the platform. After all, sharing music is a key form of expression on social – and it’s not going to go away any time soon. 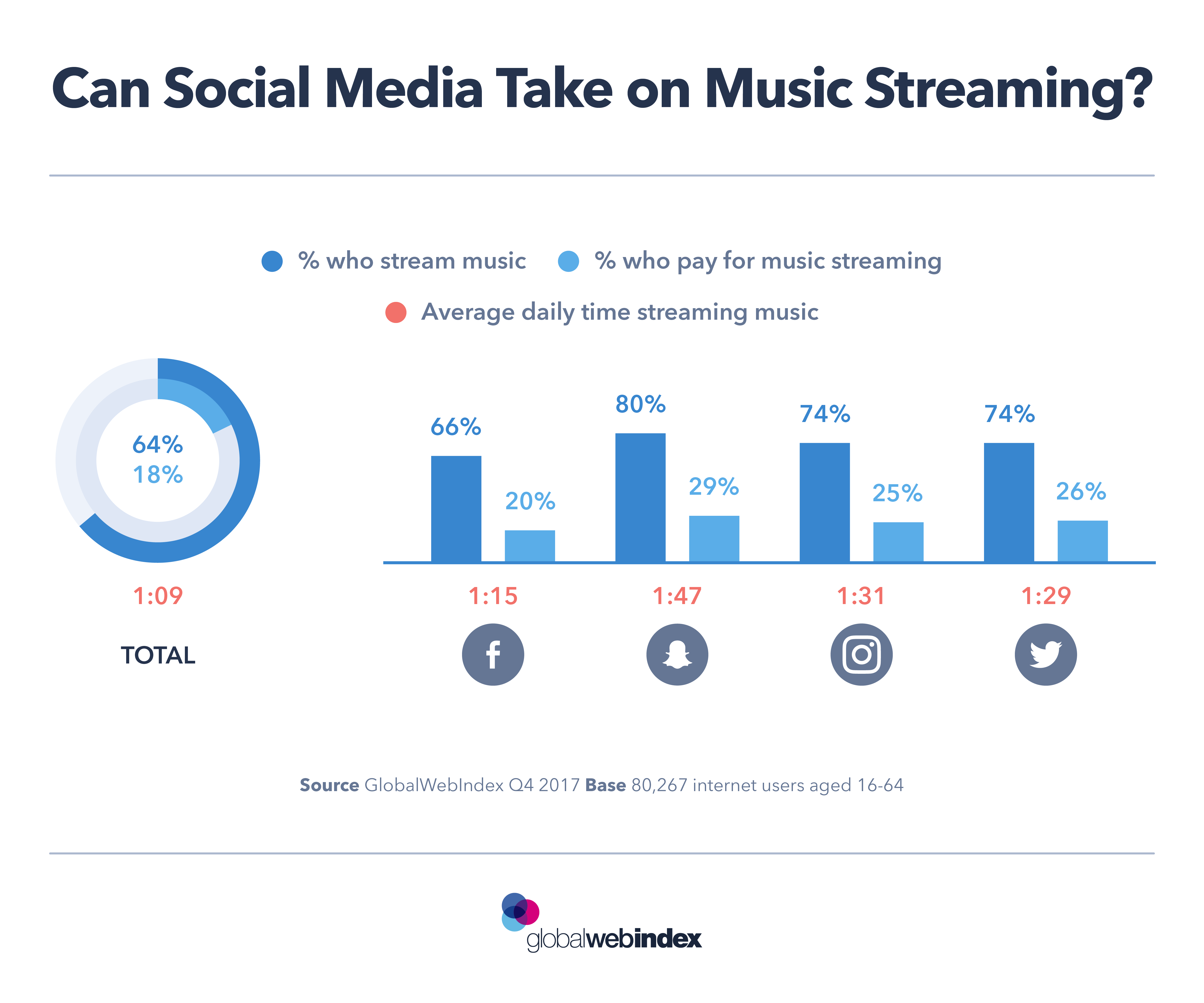 It’s not difficult to see why offering a music streaming service could open up significant revenue streams for the major Western platforms, especially considering their sheer reach and impressive daily engagement frequencies. Our data also shows that users of Facebook, Snapchat, Twitter and Instagram are all spending longer on music streaming services per day on average, and this engagement climbs significantly among their younger users.

Navigating the complexity and legislation of the licensing deals and contracts needed to build up a large and competitive music library will mean that these platforms cannot offer these services overnight. But we can expect more measures to be implemented in the meantime which will help make social music a reality, while music and video sharing on social media continues to be second-nature to social users around the world.