Spotify is top music service for 16-24s in the US

Last week, competition heated up in the music-streaming industry as Spotify announced it had passed the 40 million user milestone, and Pandora inked licensing deals with two of the big three record labels.

Currently, these two services are doing particularly well among America’s 16-24s – both of them being used by a third or more of this key demographic – showing just how mainstream music streaming has become among this generation.

But as some voices in the industry call for free streaming plans to be restricted, it’s still the case that monetizing these users is a serious challenge. At the moment, only about a quarter of American Pandora users aged 16-24 say they pay for a music streaming service. It’s a higher 40% of Spotify users who say the same, but that still places them in the minority.

For more insights on online entertainment, get a free summary version of our new GWI Entertainment report here. 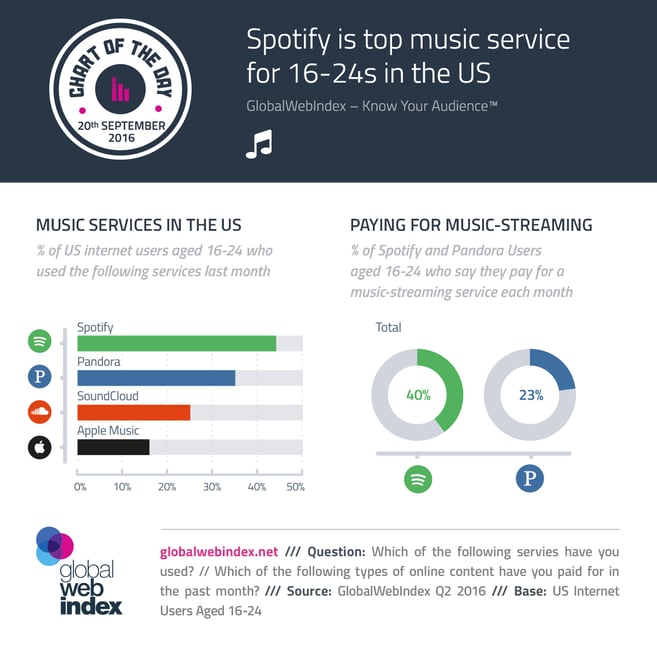