Spotify’s latest expansion will see it producing original video content alongside its music streaming offerings. Our data makes it clear why this decision to diversify could seriously benefit the music streaming service.

Currently, Spotify users are dedicating an average of 1.17 hours to online TV each day, putting them almost half an hour above the average internet user for this metric. What’s more, virtually all of them are watching video clips online and they are 60% more likely to be using an online TV/film subscription service (3 in 4 do). They are also considerably ahead of the average for using TV catch-up services and for streaming live television.

With competition in the music streaming industry heating up as as numerous names vie to set themselves apart from one another, Spotify’s continued move into the world of video could be an important step in keeping it ahead of the game. 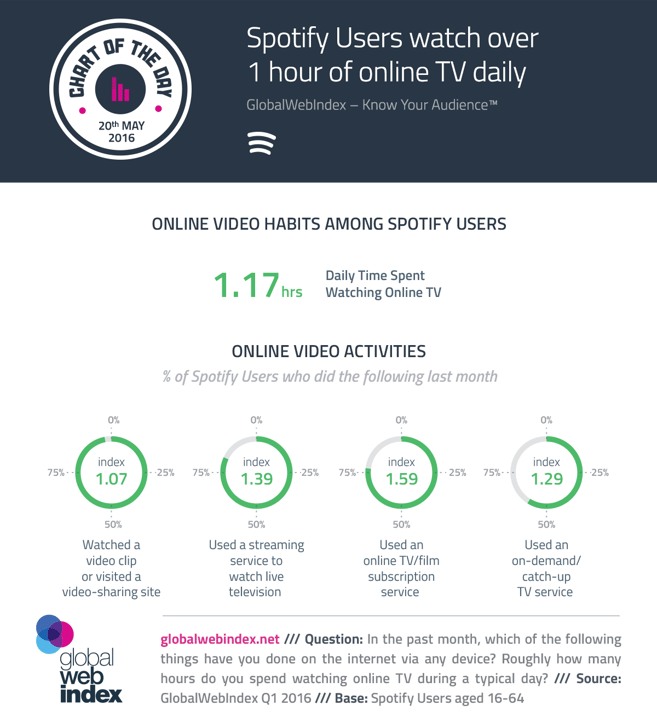