Further to our previous chart looking at the music attitudes of Spotify users, today we explore how this group engages with live music and how this could present an opportunity for Spotify itself.

Income also plays a role here, with those from the top 25% income group over twice as likely to be attending gigs regularly, possibly influenced by the expense often associated with watching live music.

Given the enthusiasm for live music among its user base, it makes sense that Spotify has begun promoting concerts to users, but there is certainly more room for expansion here.

Progressing from static audio to live-video streaming of music events could make sense for Spotify – especially with the growing popularity of watching live-streams online.

And with the likes of YouTube having previously streamed entire live festival line-ups, hosting live events could surely be possible for Spotify too. 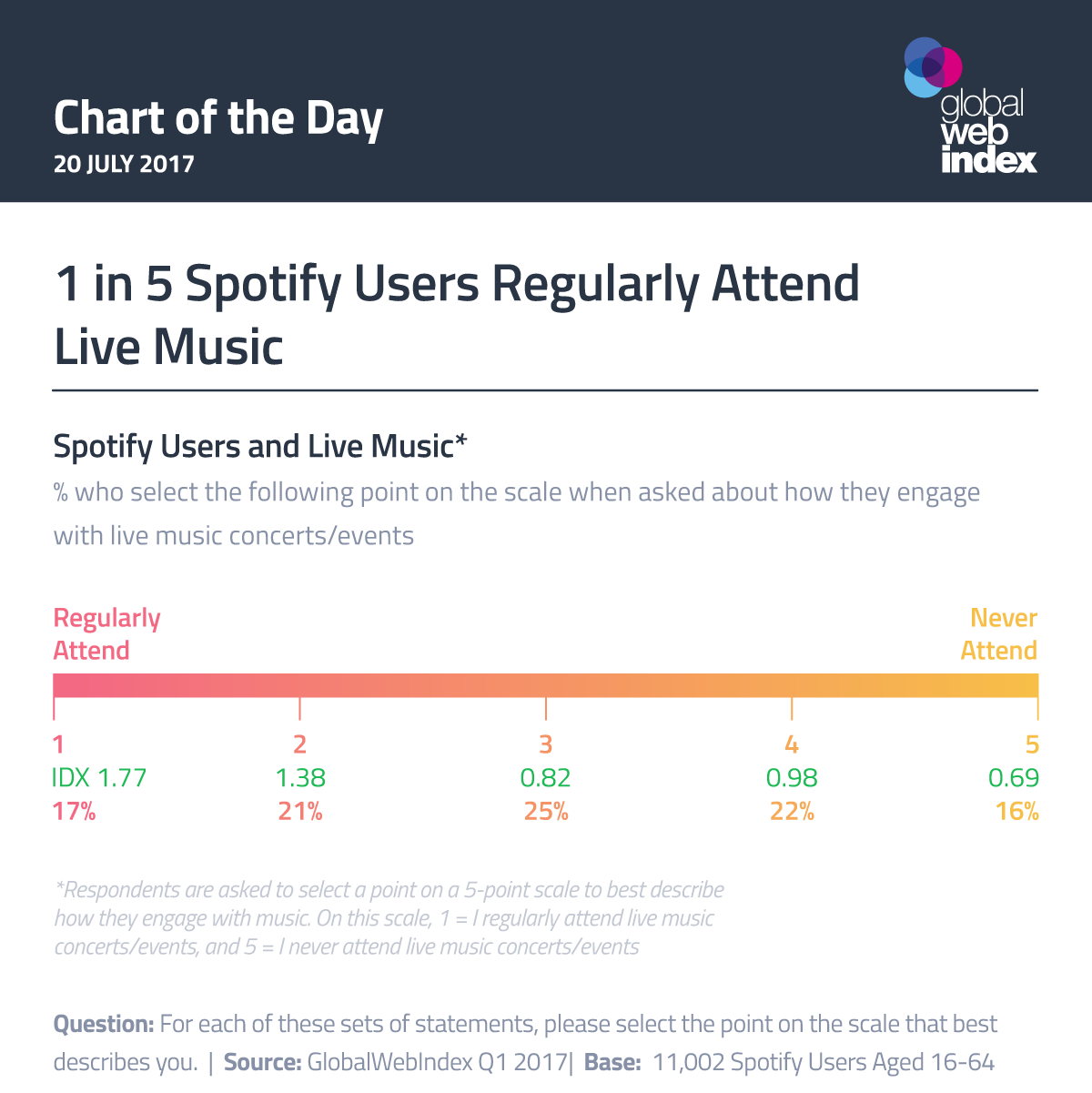