With the Star Wars franchise having a presence in the gaming space for some time now, and a new Star Wars Battlefront 2 in the pipeline, today we take a look at the gaming behaviors of fans of the Star Wars movies.

Currently, 1 in 4 of these Star Wars fans say they have played a Star Wars game in the last year (making them over twice as likely as the average internet user to have done this). There’s clear potential for this figure to grow further with the arrival of the new game: as well as being 22% more likely to cite gaming as a strong interest, Star Wars fans are currently spending just over an hour a day on games consoles.

Take a look at their top devices for gaming and it’s PCs/laptops and smartphones that triumph among this audience. But given that the new game will be available on PC and games console, it’s also relevant that we see the biggest over-index for the latter – with Star Wars fans 34% more likely to be using these for gaming. 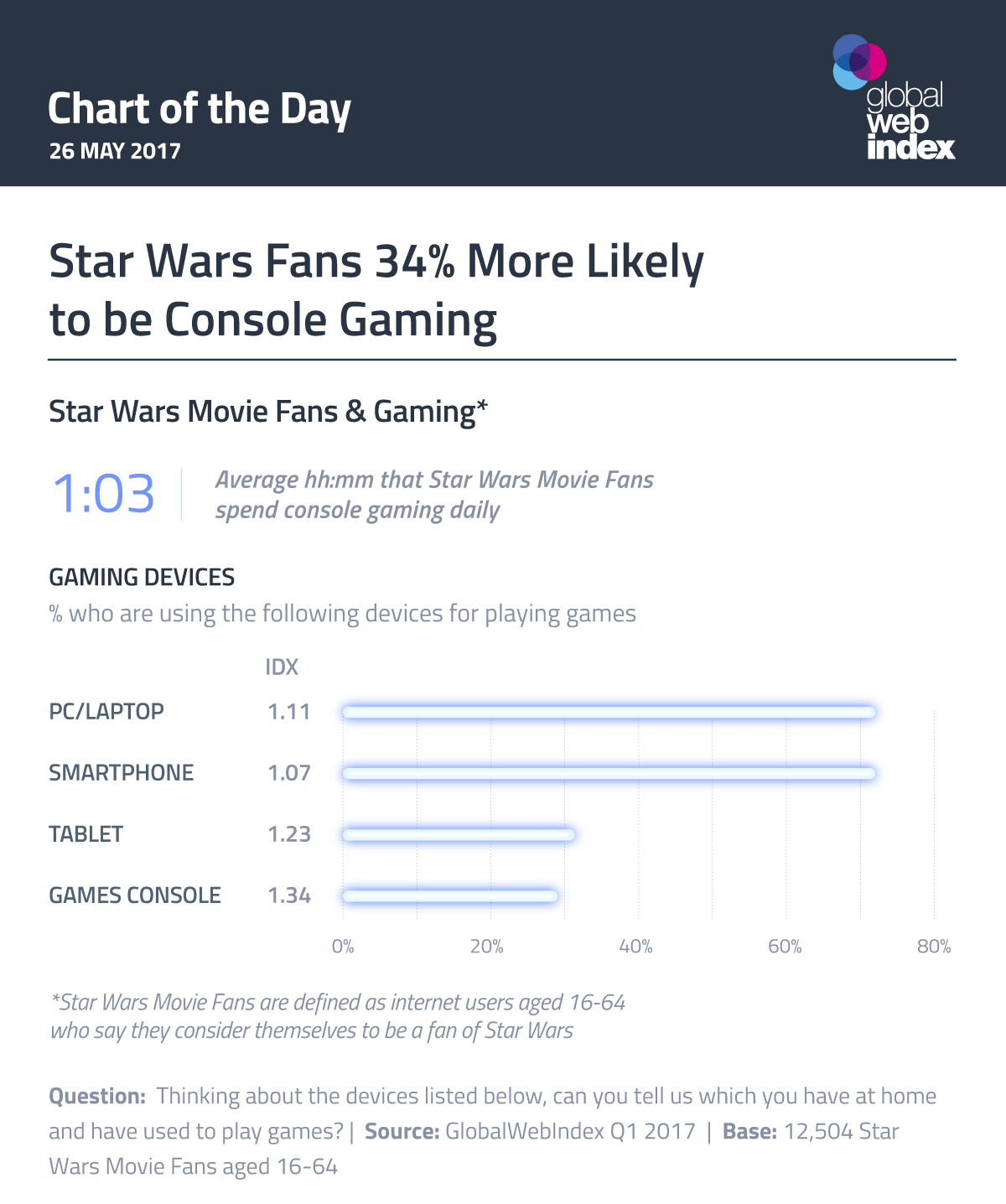