Super Bowl Sunday: 4x as many NFL fans globally as in the US

While the US and North America understandably top the table, there are sizable audiences elsewhere too. More than 50% in both Mexico and India describe themselves as fans, for example, as do at least 1 in 3 adults in 12 of the countries we survey.

When we convert these percentages to millions, the US naturally contains one of the biggest audiences but there are also vast fan-bases in countries such as China and India. In fact, there are nearly 4x as many NFL fans in the rest of the world as there are in America – illustrating the NFL’s potential as a truly global league.

In China, some 18% say that they’re watching NFL games via the internet, reflecting just how important online content consumption has become in parts of APAC, as well as the trend towards using VPNs (Virtual Private Networks) in order to access content which is not available in one’s own country. It’s certainly telling that 16% of VPN users outside of the US say they have watched NFL games online, rising to 26% in China. 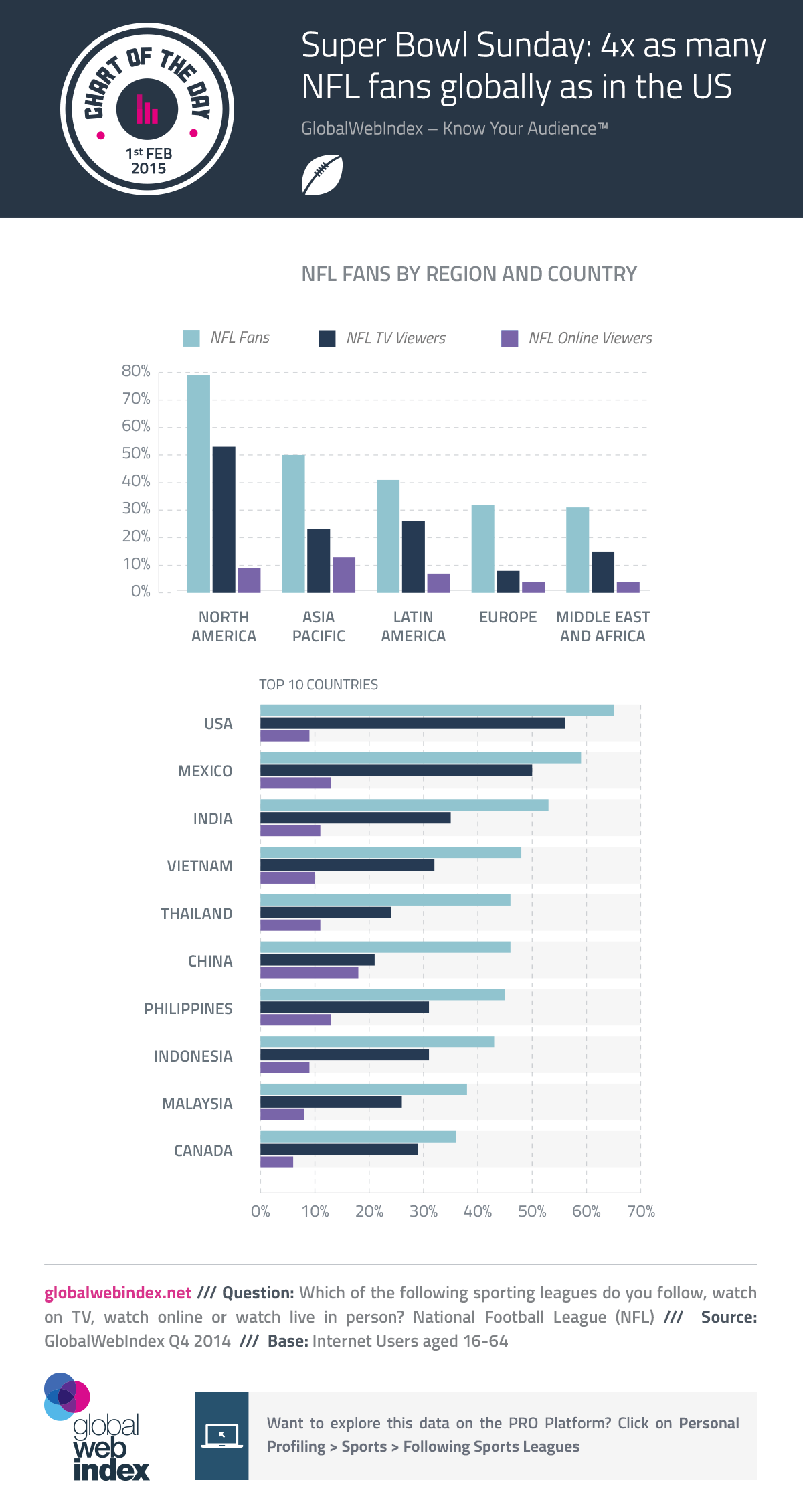