Tuesday’s blog post draws on more data from our GWI Device report (download a free summary here) to drill down into the demographics of tablet ownership.

By age, though, it’s the 16-24s who trail all of the other age groups; just 36% say they personally own a tablet, compared to a peak of 55% among 25-34s. This underlines one of the major challenges that tablets still need to overcome; whether a result of cost or preference, 16-24s are yet to be convinced that tablets are worth the investment. For this group in particular, smartphones are the clear favorite and, unless this mindset is changed, figures for tablets will stall.

Regionally, North America is in pole position, on 53%. Two factors are driving this: the enduring popularity of iPads in this region as well as higher levels of affluence among Canadian and American internet users.

At an individual country level, it is Singapore which tops the table at an impressive 60%. That this market has a relatively old age profile in terms of its online population – especially in comparison to most other APAC markets – is one of the main explanations for this. But that APAC countries dominate the top 10 more generally is a reflection of the success of relatively low-cost tablets in emerging markets where PC/laptop access often remains comparatively low. 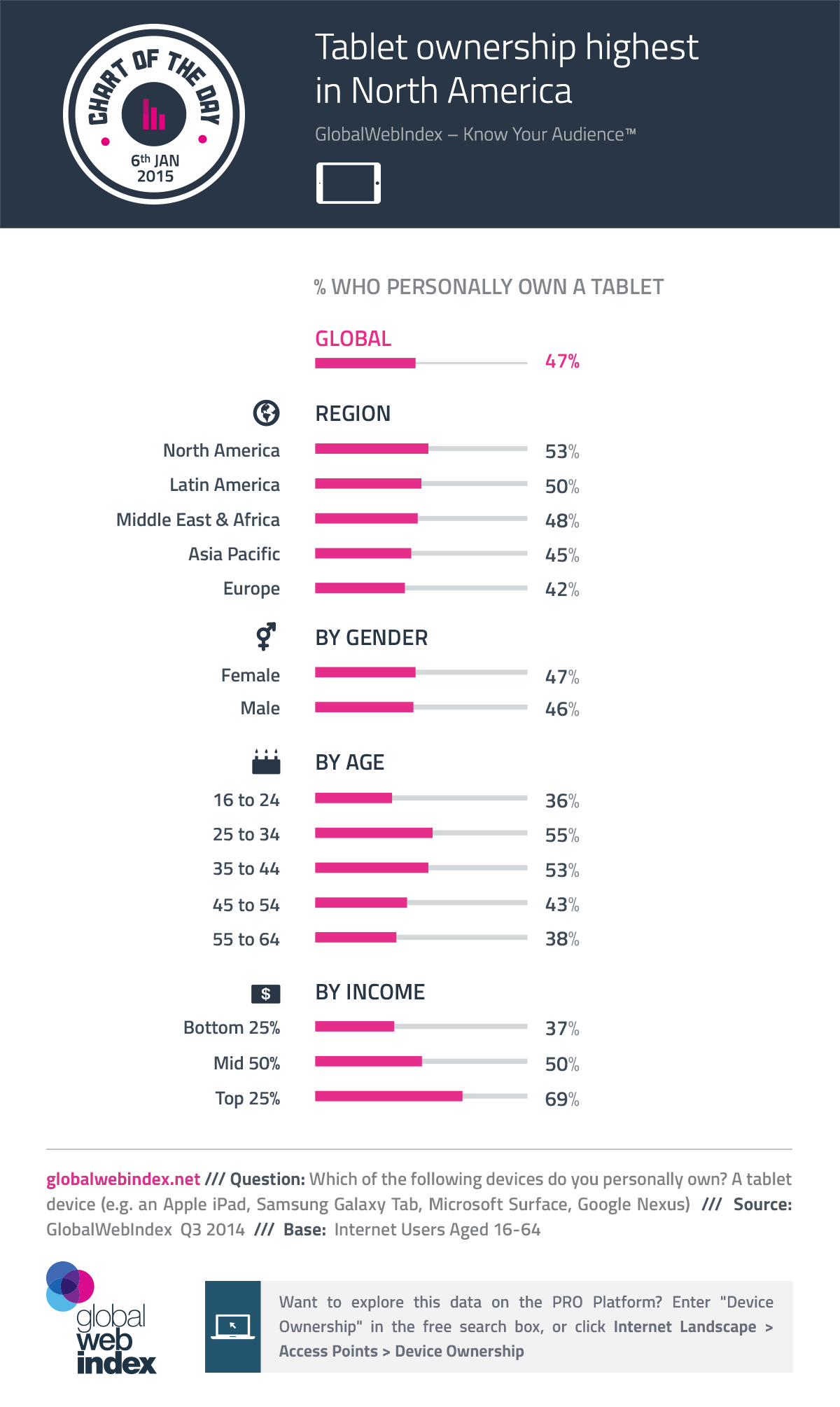