Tablet fatigue is a trend that GlobalWebIndex has been tracking for some years now and, as our first Chart of the Day this week shows, it’s clear that internet users are not only failing to purchase new tablets, but that many existing tablet users are choosing not to upgrade their devices.

Back in 2014, it was almost half of digital consumers who said they personally owned a tablet. Fast forward to 2016 and those figures have dropped to 42%. Across the same period, we have seen usage of tablets drop across a range of metrics, giving a strong indication that many users are reaching for their devices less frequently and are choosing not to upgrade/replace them.

One obvious reason why tablets have struggled to convince their owners that they are essential devices is the rise of smartphones, which continue to offer ever more complex functionalities and, crucially, larger and larger screens. Indeed, over the same period that we have seen tablet ownership decline, smartphones have seen clear growth. 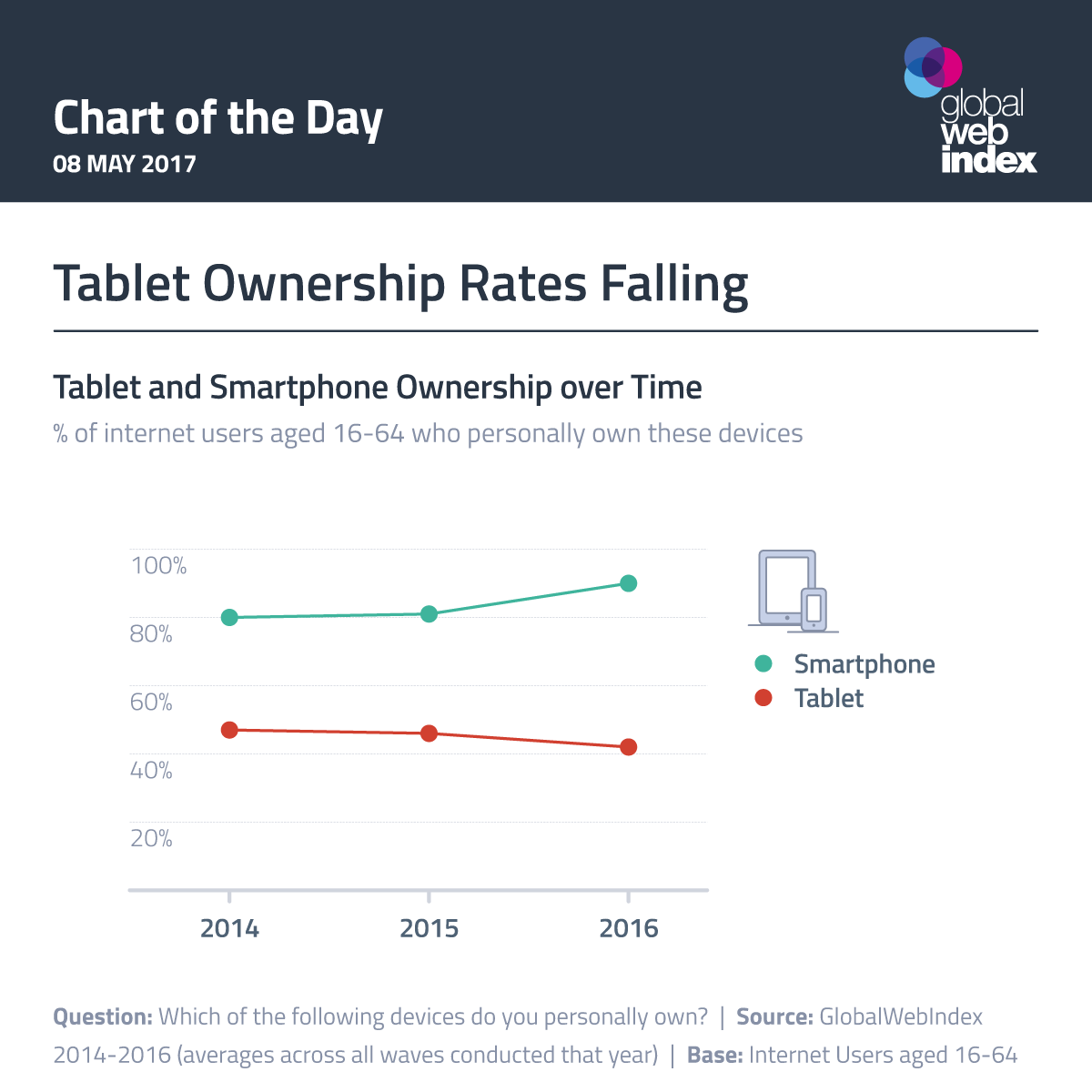