Tablet sharing most widespread in Europe and LatAm

Following yesterday’s post – which revealed that 54% of tablet users are sharing their device with others – today we take a look at this trend from a regional perspective.

It is most widespread in Europe and Latin America, places where 60% of users say that other people have access to their tablet. Significantly, though, the figure tops the 50% mark in all five regions – showing that this is a truly global phenomenon.

At a national level, sharing a tablet is most common in Argentina (where the total approaches the three quarter mark). But with about two thirds being sharers in France and Ireland too, it’s clear that this is a major trend in both mature and emerging internet markets alike. 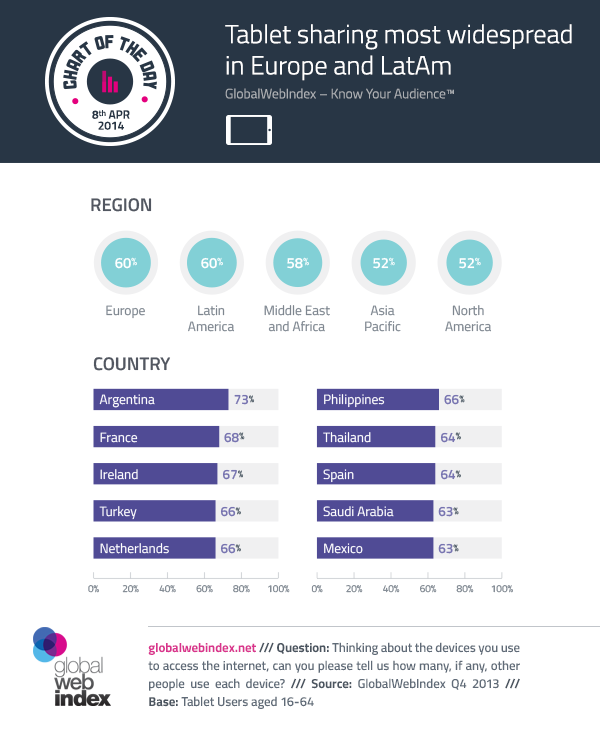