Tablets in decline as a second-screen device

One thing that many attendees noted at last week’s Mobile World Congress in Barcelona was the relative lack of coverage for tablets – something which gives further fuel to the argument that tablets are falling from favor.

As GlobalWebIndex has highlighted before, tablets have failed to transform into must-have devices in the same way as smartphones, with very few internet users seeing them as essential. But as this week’s first chart illustrates, tablets are declining in popularity even for some of the behaviors which used to be strongholds.

Although owners were once just as likely to second-screen via a tablet or a mobile, it’s the latter which has been winning the battle in recent years. By the end of 2015, 6 in 10 tablet users were second-screening on a mobile, whereas just 1 in 2 were doing so on their tablet.

That mobiles have won this fight is yet another indication that tablets have hit a ceiling. Proclaiming the ‘death of the tablet’ may be an over-statement, but it’s increasingly clear that these devices will not reach the heights that were once predicted. 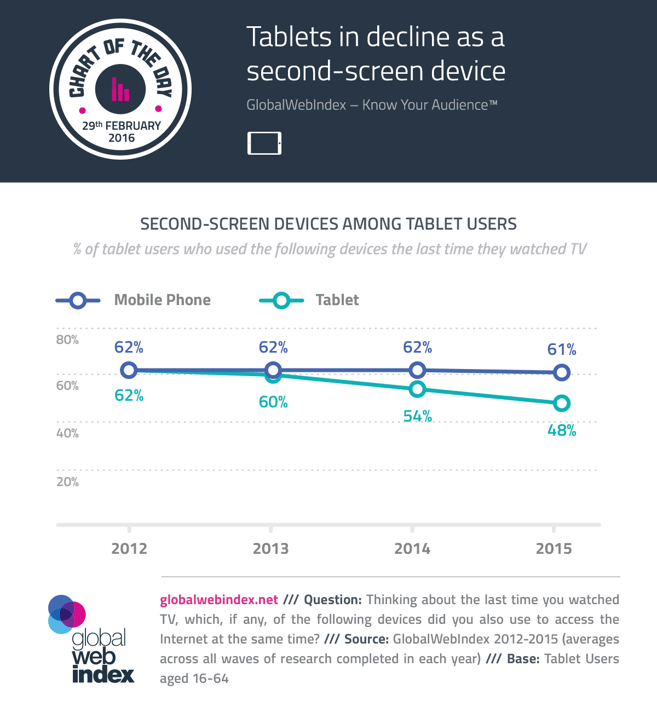