A recent funding round has valued ephemeral messaging app Snapchat at close to $16 billion. And with CEO Evan Spiegel openly talking about his plans for an IPO, the week’s final blog looks at where Snapchat is making the biggest impact.

Europe and North America are by far the best regions for Snapchat usage – with Ireland, Belgium and Sweden representing the top individual markets. This is in line with Snapchat consistently enjoying its best engagement levels in mature internet countries.

The app has also enjoyed some modest success in Middle Eastern and LatAm countries. In contrast, it’s yet to make any real headway in APAC. In fact, Asian countries account for 8 of the 10 bottom markets.

Across the board, the other big story here is the much higher levels of usage seen among teens (16-19s). Ireland is the first market where Snapchat can boast that it’s become a mainstream app among this key demographic, but it’s striking that – in the majority of the top 15 countries – teen usage is typically 4-6x greater than usage among all internet users. The gap is even more pronounced in places like Germany and Spain, where teens are some 9x more likely to be engaging.

Clearly, then, Snapchat’s access to teens in mature markets should be seen as one of the main reasons behind its lofty valuation. 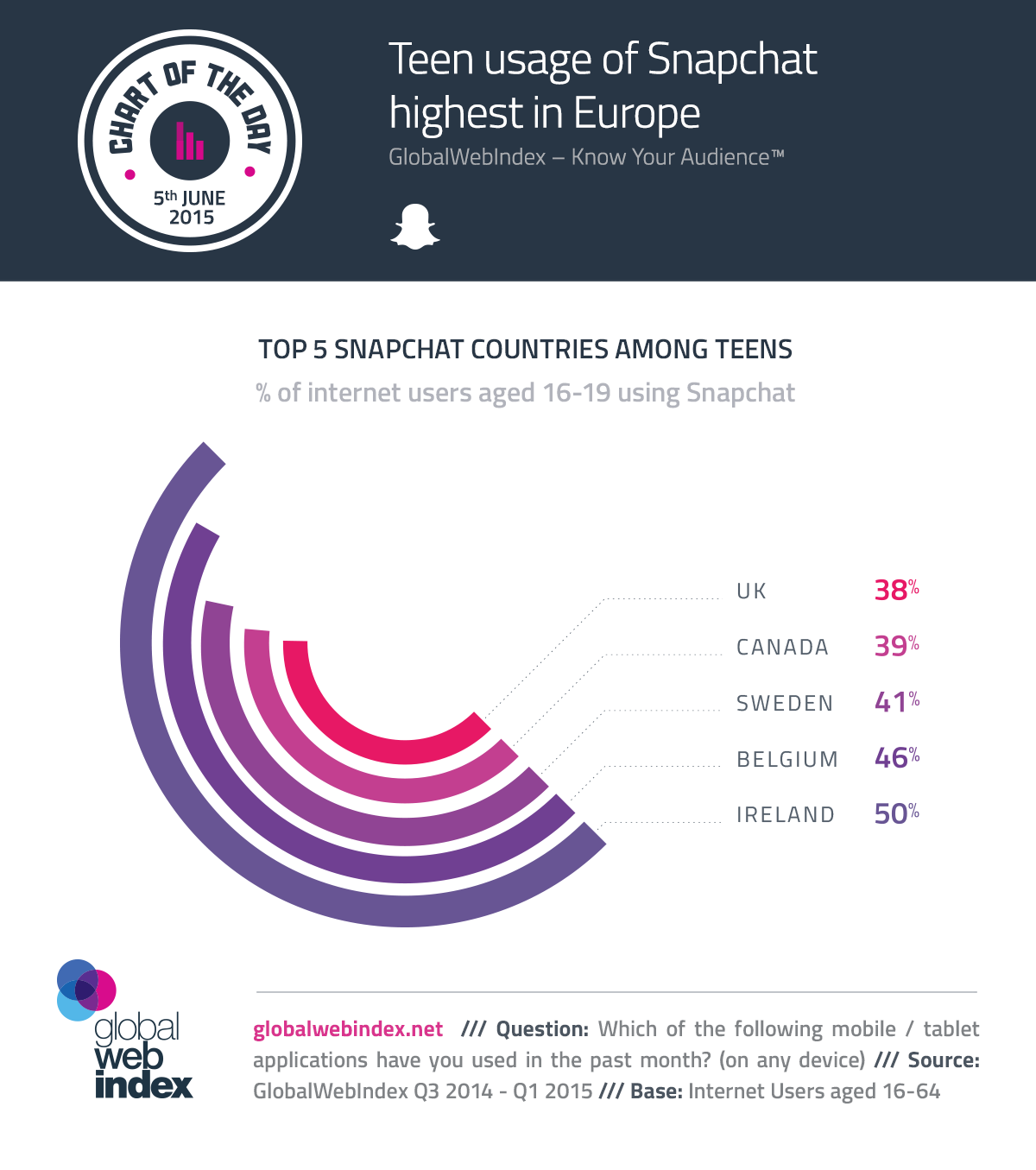