Teen usage of WhatsApp up 160% in last year

Recently, there’s been a lot of talk about teens and Facebook – a demographic which hasn’t abandoned the leading social platform but which is certainly using it a little less frequently than it used to.

With this trend in mind, how should we view Facebook’s recent purchase of WhatsApp? Our chart shows that – at a global level – 25% of teens (defined here as 16-19s) are using the mobile messaging app each month. This is based on the people who describe themselves as active WhatsApp users, rather than just having the app installed on their phone.

Clearly, usage varies significantly by region: in the Middle East & Africa, some 69% of the teen mobile audience are using WhatsApp, a figure which compares to just 4% in North America. But with overall teen user numbers up by 160% across 2013, it’s highly likely that one of Facebook’s reasons for acquiring WhatsApp is to boost its coverage among the teen demographic – an audience which has been quick to embrace mobile messaging tools with considerable enthusiasm. 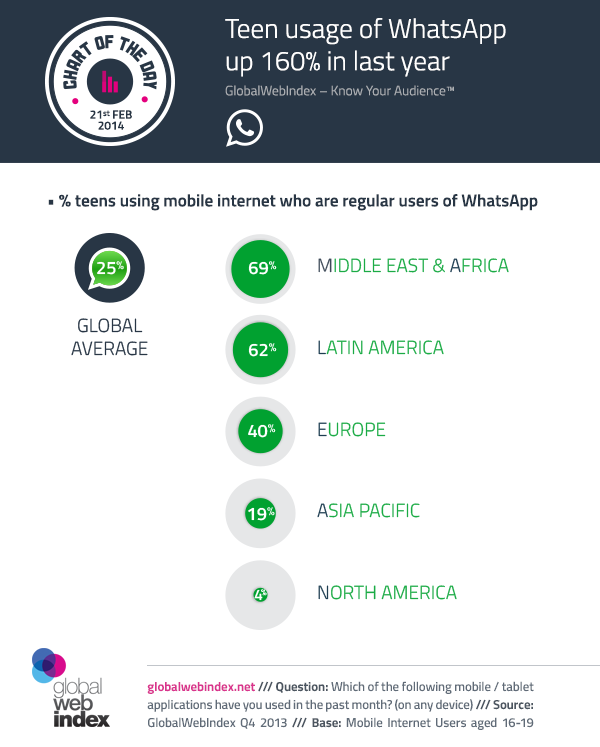