Teens ahead on Snapchat and Vine

Which social apps are teens (defined here as 16-19s) most likely to use?

According to our data, Facebook still occupies top spot; nearly 50% of the teen mobile audience are regular users of the app, something which cautions against accepting some recent claims that this demographic has been deserting the network.

More generally, across most of the social and messaging apps tracked by GWI, it’s clear that teens are slightly more likely than others to be using them. The only exceptions to this trend are Google+, Skype, WeChat, Foursquare and Flickr.

But perhaps the most striking aspect here is the lead that teens have on some of the newer apps: 16-19s are ahead on Instagram by five percentage points, for example. And while the total audience size for tools such as Snapchat and Vine remain relatively small, it’s still significant that – compared to the total internet audience – teens are twice as likely as others to be using them.

Teens aren’t abandoning the major social platforms, then, but they are embracing some of the newer ones with particular enthusiasm. 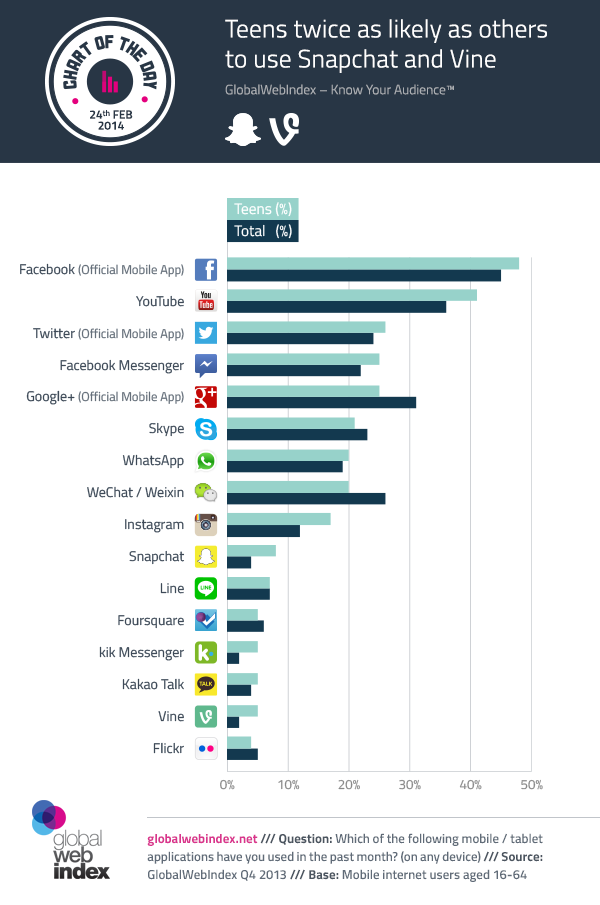