Teens behind average for accessing internet via tablets

Today we preview our upcoming Teens report by looking at which devices 16-19 year olds are using to access the internet.

What’s immediately clear is that mobiles and tablets are growing in importance for this demographic; between 2012 and 2013, mobiles jumped five percentage points to reach 68%, while tablets increased by seven points to hit 23%.

Perhaps most significantly, though, teens are ahead of average for mobile internet usage and yet behind on the same measure for tablets – indicating that, among other factors, the expense of the latter is having an impact on how many from the teen audience are using them.

That said, it’s important to recognize that this trend is being driven by emerging internet nations, and China in particular. In some of the more mature markets – such as Canada, Australia, France, Germany and the UK – teens can actually be ahead of the average for using the tablet internet. 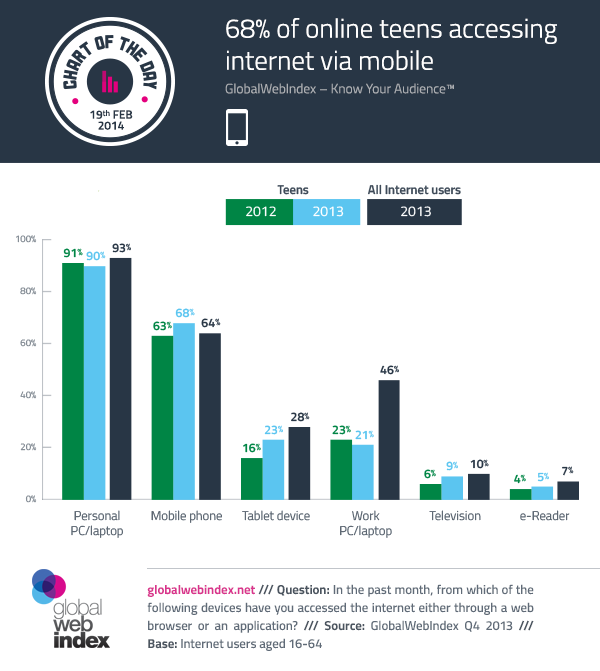