With many of the world’s messaging apps turning themselves into platforms where users can do far more than simply chat with each other, Tuesday’s blog assesses levels of interest in using in-app money transfer features.

If we look at mobile IM users in key digital markets like the US and UK, it is those on Telegram, BBM and WeChat who express the most enthusiasm – with more than 8 in 10 in each group saying they are very or quite interested in this function.

It’s hardly surprising that apps with their origins in APAC score particularly well: on some of these services, the ability to transfer money has been around for a long time. And while it’s certainly striking that Kik, Snapchat and Facebook Messenger come at the bottom of the table, it’s still around half of their respective user bases who express an interest in a money-transfer service – indicating the size of the potential audience for Snapcash as well as Facebook Messenger’s rival feature. 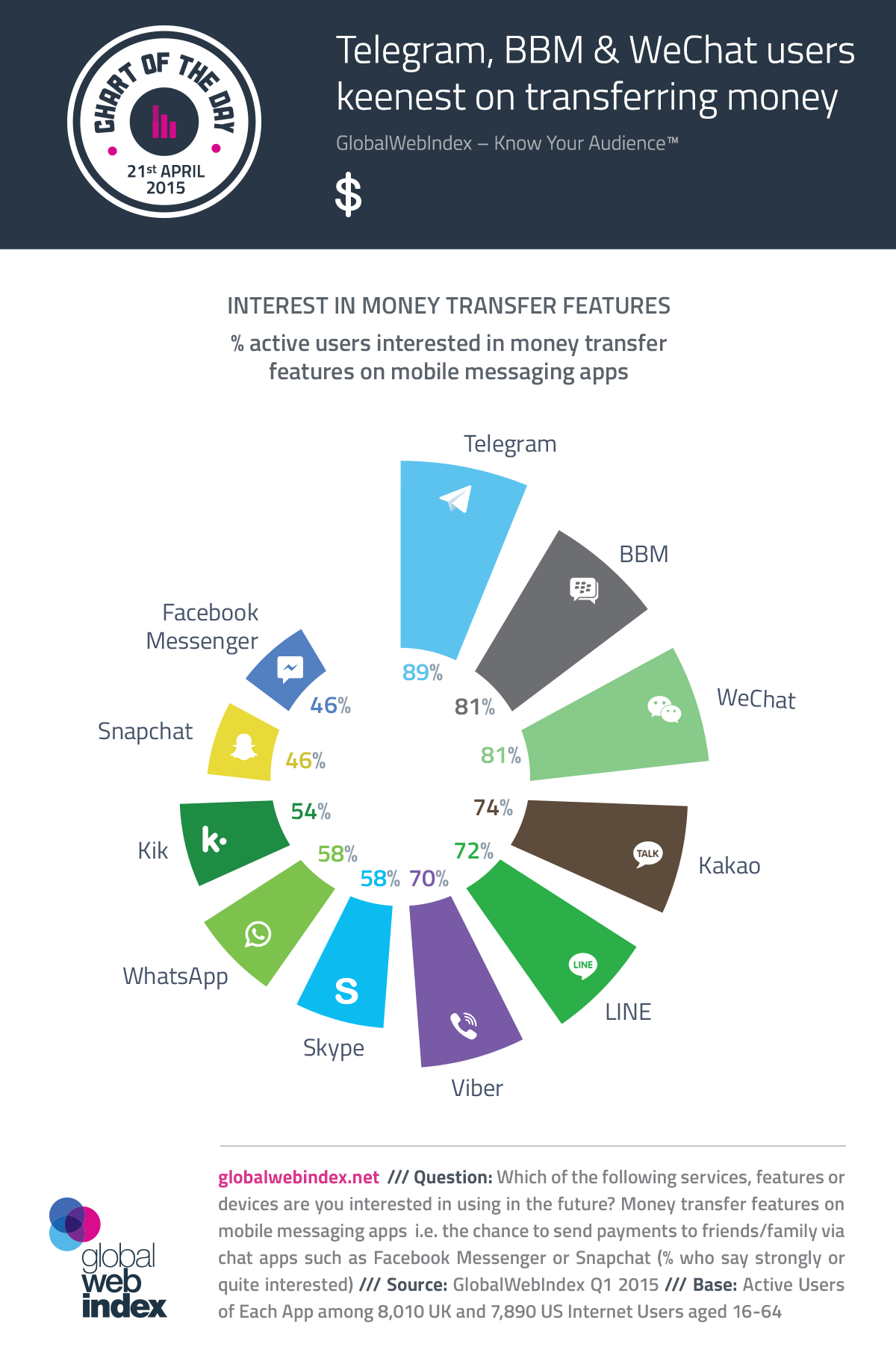