The Impact of the iPhone 6

The iPhone 6 has been a runaway success for Apple, helping the company to push its profits and value to historic levels.

As we discuss in our new flagship GWI Device report (get a free summary here), among the 20% of internet users globally who own an iPhone, it’s still the 5S that is the most popular model. Fully one quarter of this group are using a 5S, with the 4S coming in second-position (being used by a fifth of iPhone owners).

But it’s the impact of the iPhone 6 that shines through here. Already, 15% of iPhone owners are using a 6. The 6 Plus cannot boast similar numbers but, considering the increased cost of this device, the fact that 6% of iPhone owners now own a 6 Plus is good news for Apple’s bottom line.

The expense of the 6 and 6 Plus has a pretty clear impact when we look at the demographics of their owners. Internet users from the top income quartile are three times as likely to own an iPhone 6 as less affluent consumers.

What’s more, the importance of the iPhone 6 to Apple’s prospects in Asia is clear. North Americans may be the most likely to have bought a 6 but it’s already 3% of internet users in APAC (and similar numbers in China) who own an iPhone 6. 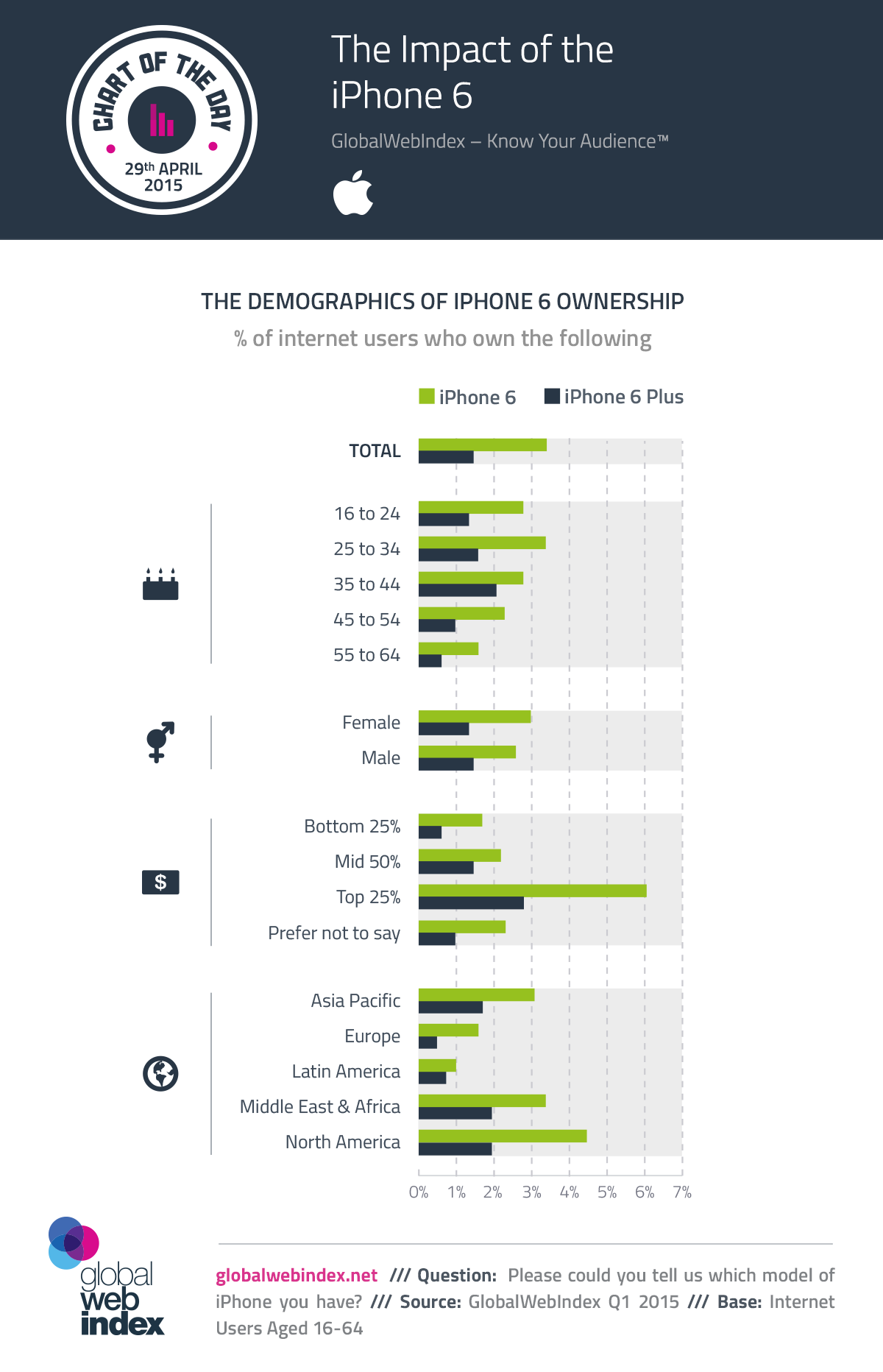