The Potential for Microsoft’s Xbox One Upgrade

With the PS4’s dominance and the recent hype of the Nintendo Switch, Microsoft is hoping to step up to the mark at this year’s E3 with its upgrade to its flagship machine, the Xbox One X.

Microsoft’s battle with Sony is set to be a tough one. As our Chart of the Day shows, across each of the world regions, the PS4 beats the Xbox One to be the most desired console. Latin America is set to be the most enthusiastic about this new upgrade (a region big on gaming and entertainment), with 1 in 4 potentially in the market for an Xbox One.

Pricing could be an issue here, though, especially in Latin America where consoles are notoriously more expensive to buy. And more generally, with its higher price-point than the $399 PS4 Pro, Microsoft will have to work hard to make a case for its new upgrade. 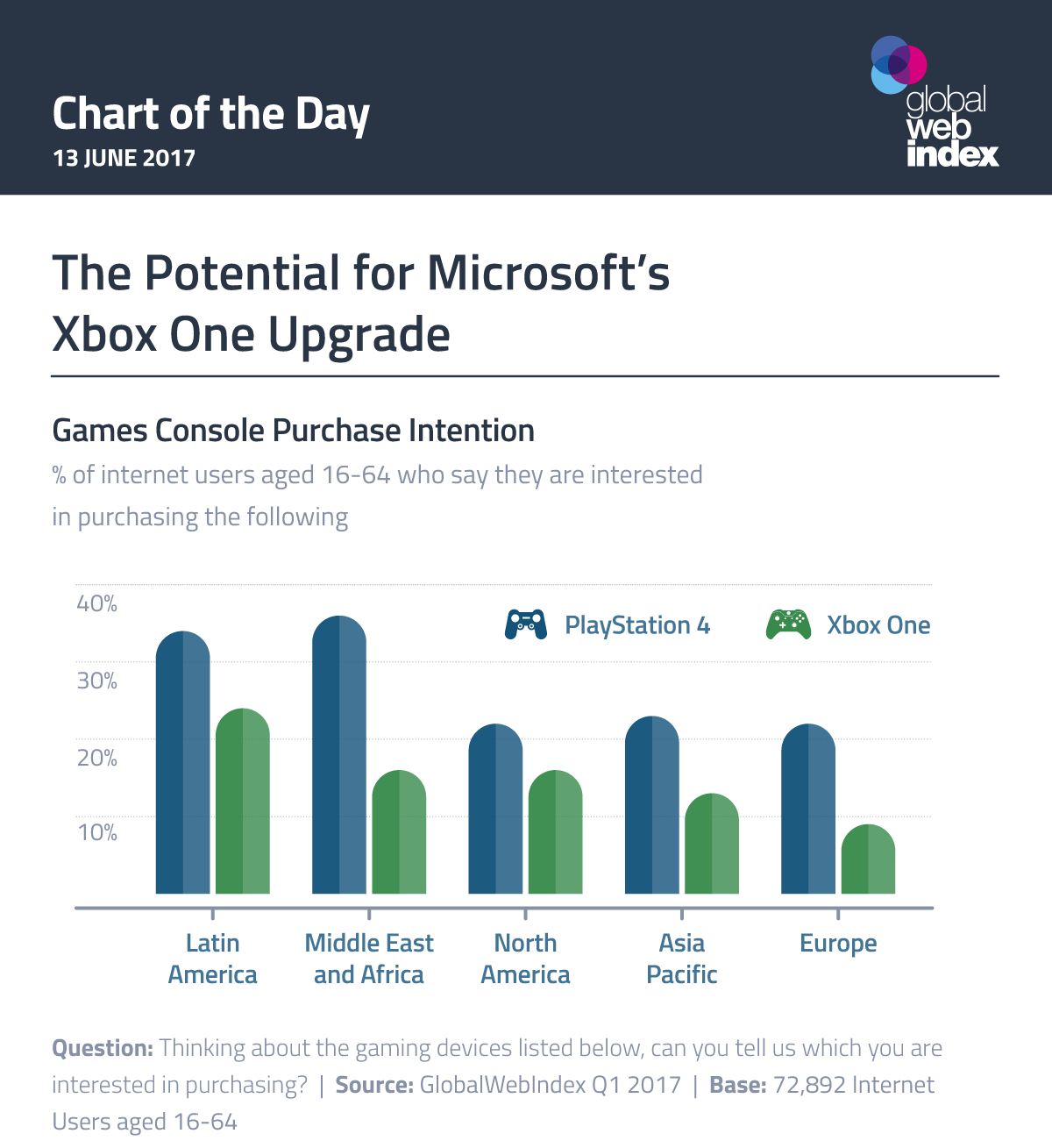