Two years ago, just under a third of mobile internet users had a device running the Android OS. Now, that figure has more doubled to reach 65%.

It’s not the only mobile operating system to have posted growth; iOS, for example, has risen from 13% to 20%. And it’s certainly true that Android’s figures are being fueled by heavy adoption rates in emerging internet markets, where the price-point gives it huge appeal. So too could we note the decline in the numbers saying they “don’t know” which OS they’re using: part of Android’s ascendancy might well be explained by increasing levels of tech- and brand-awareness among the mobile population.

But all this doesn’t take away from its impressive levels of growth, especially given the drops seen for Windows Phone, Symbian and BlackBerry. At a global level, Android is now the dominant OS, and by quite some distance. 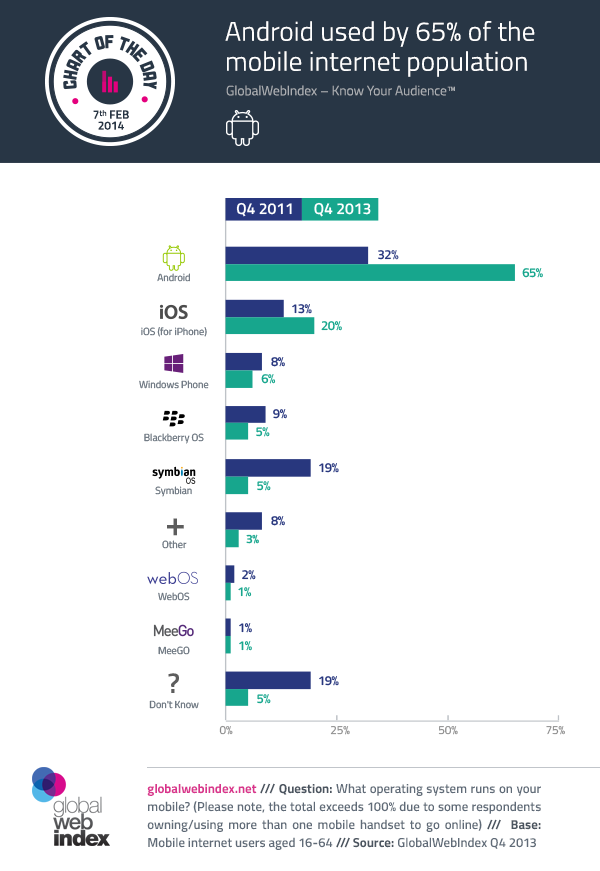