The Second-Screen Behaviour: shop while you watch TV?

Time spent with digital media may be outpacing traditional media globally but there are still strongholds for TV. The US has the highest TV consumption of all our 31 markets. Time spent watching TV has been driven by soaring TV penetration and the rising number of TVs per household. 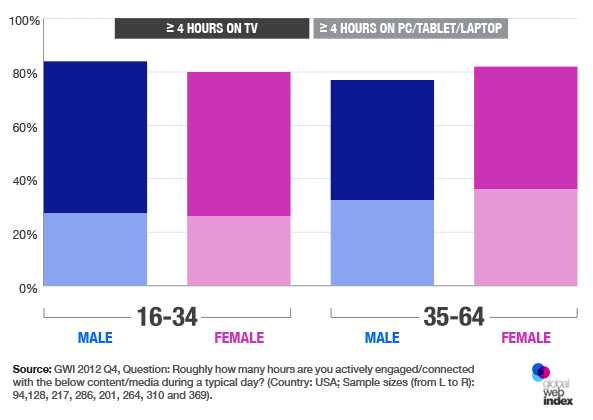 The gap is clearly larger among the younger consumers but second-screening means that these two behaviours are not mutually exclusive. Our latest data shows that laptop usage while watching TV is now majority behaviour among the under 35s and adopted by more than three in 10 among 35-64 year olds.

So, what do these internet users do with their laptops while watching TV?

Our data shows that these US internet users are information seekers as well as are product searchers. Approximately one in five of them read news, chat with their friends and search for products to buy. 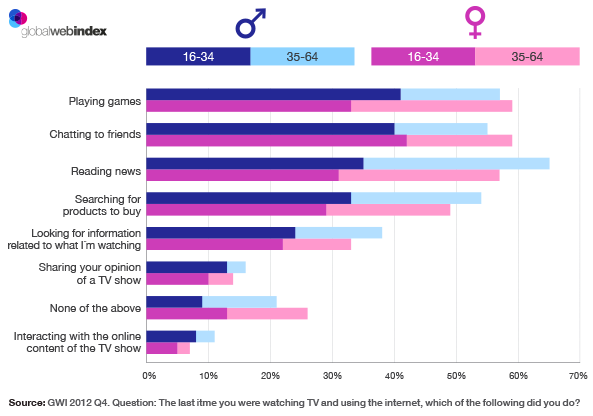 The older generation it appears is happy not just increasingly happy to second screen but is also comfortable with using this time as a retail opportunity.

With the growing ownership of multiple devices, we expect to see an increase of time that consumers spent online as well as in the intensity of the second screen consumption. The simultaneous usage of multiple devices will also transform the entire shopping experience by gradually shifting the research and purchasing activities from the offline to the online sphere of our lives. 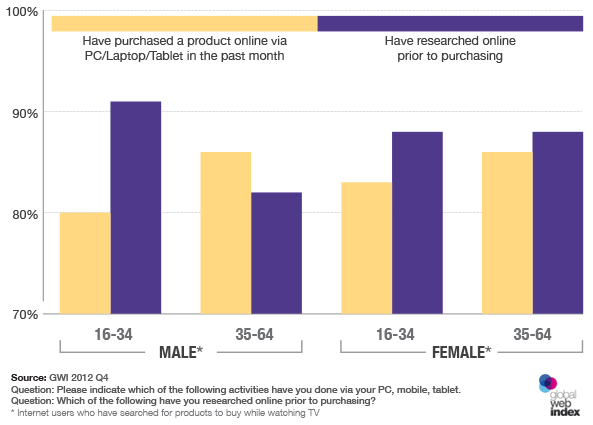