The Social Networking Landscape in Russia

As Russian social network Odnoklassniki celebrates its 10th birthday, our chart for Friday looks at how the social networking landscape in Russia departs from the global picture.

Russia has proved a tough market to crack for Facebook, with local networks providing strong competition. VK takes the top spot that Facebook usually occupies, with over half in Russia classifying themselves as active users. Odnoklassniki also trumps Facebook on this measure, enjoying a c.10-point lead (albeit with membership figures being much closer).

These trends put Russia in a fairly exclusive club; across the 34 markets surveyed by GWI, it stands alongside Japan and China as one of just three where Facebook has failed to take top position.

In contrast, Russia is much more in line with global trends when it comes to YouTube. Although the video-sharing site scores relatively modest figures for membership and active usage, look instead at visitation rates – that is, those who say they’ve simply visited a website/app in any form during the past month – and YouTube trumps VK, OK and Facebook on an impressive 87%. 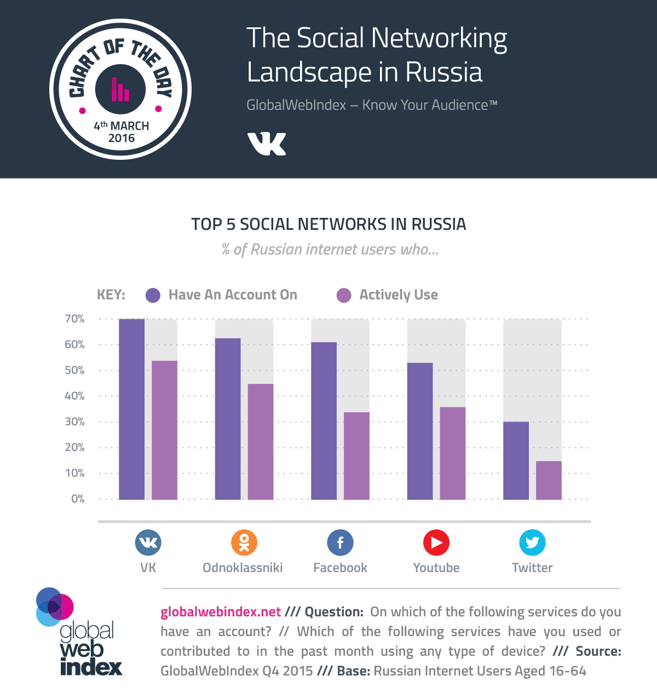