There are 3 Android users for every iOS user

In honor of Mobile World Congress, today we draw on more data from the new GWI Device report to look at Android vs iOS usage.

Although the iPhone remains hugely profitable for Apple and captures a huge number of headlines, there’s no getting away from the fact that Android is the top OS on mobile (and by some distance).

Android is currently being used by 51% of online adults, with the system benefitting from its availability on a wide range of relatively affordable devices. Apple’s OS might be in second position but the gap between the two systems is considerable. What’s more, Android has a distinct lead across all age groups.

Apple can however boast that its OS is most popular among affluent groups as well as consumers in more mature markets (particularly the US, UK, Australia and Canada). Its challenge now is to start eroding Android’s powerful position in emerging markets (where millions of new internet users are coming online each year).

You can download a free summary of GWI Device here, with clients able to access the full version here. 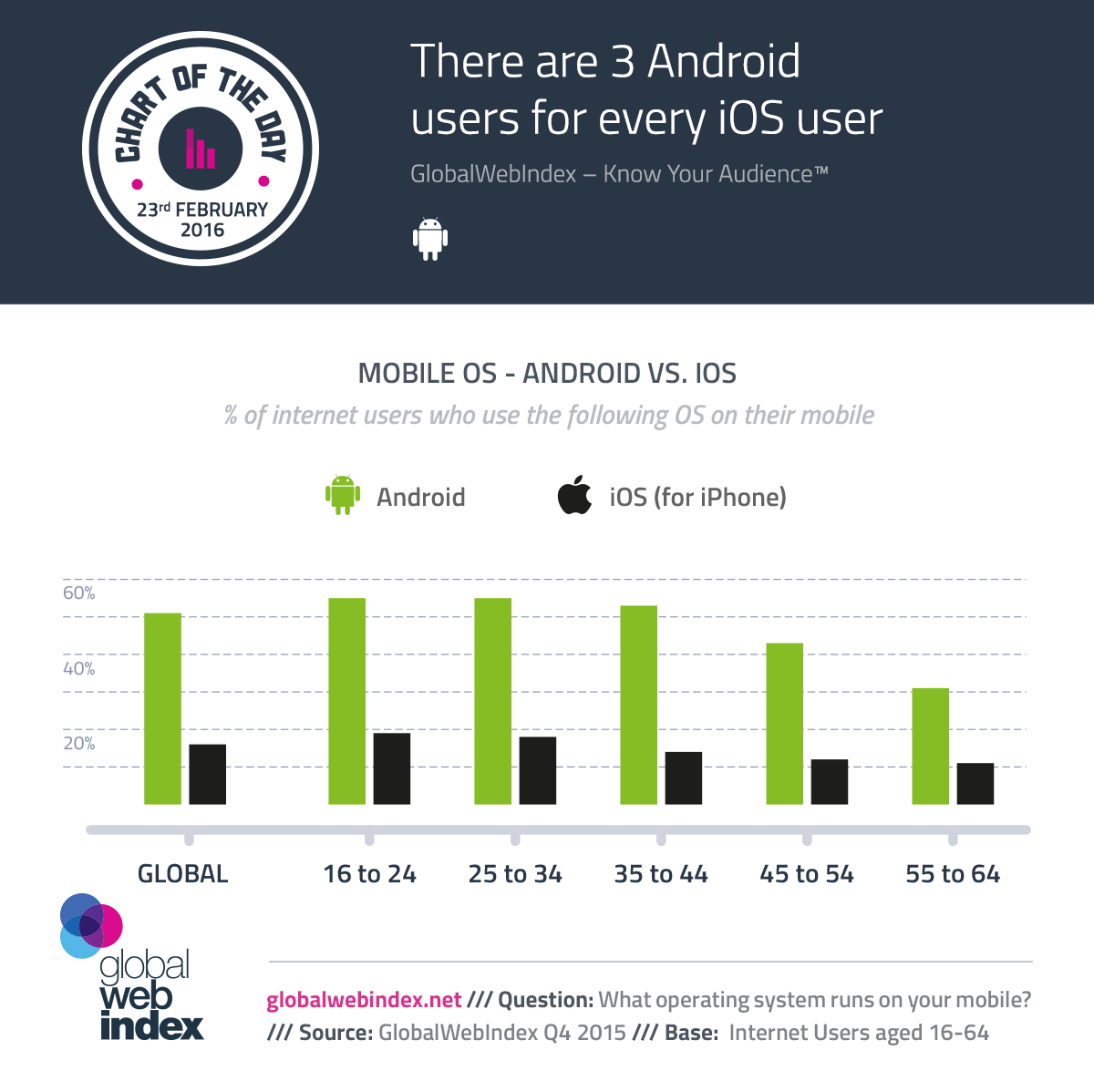