Top 1% are 3.5x more likely to own wearable devices

For our midweek post, we preview more data from our new Audience Report on the Top 1% – the wealthiest consumers who own at least one property outright and have additional wealth/assets worth a minimum of 1 million USD.

While PCs/laptops continue to dominate – being the devices that the Top 1% are most likely to own and most likely to use in order to access the internet – the importance of smartphones is abundantly clear: nearly 80% personally own one.

Further down the list, the Top 1% have a clear lead when it comes to almost all devices. Over 60% own a tablet, for example – putting them about 30% ahead of average – while half have games consoles and smart televisions.

Most significant of all are the figures for wearables: a third report having a smartwatch and a quarter have a smart wristband. In both instances, that means they are about 3.5x more likely than average to have one of these devices. 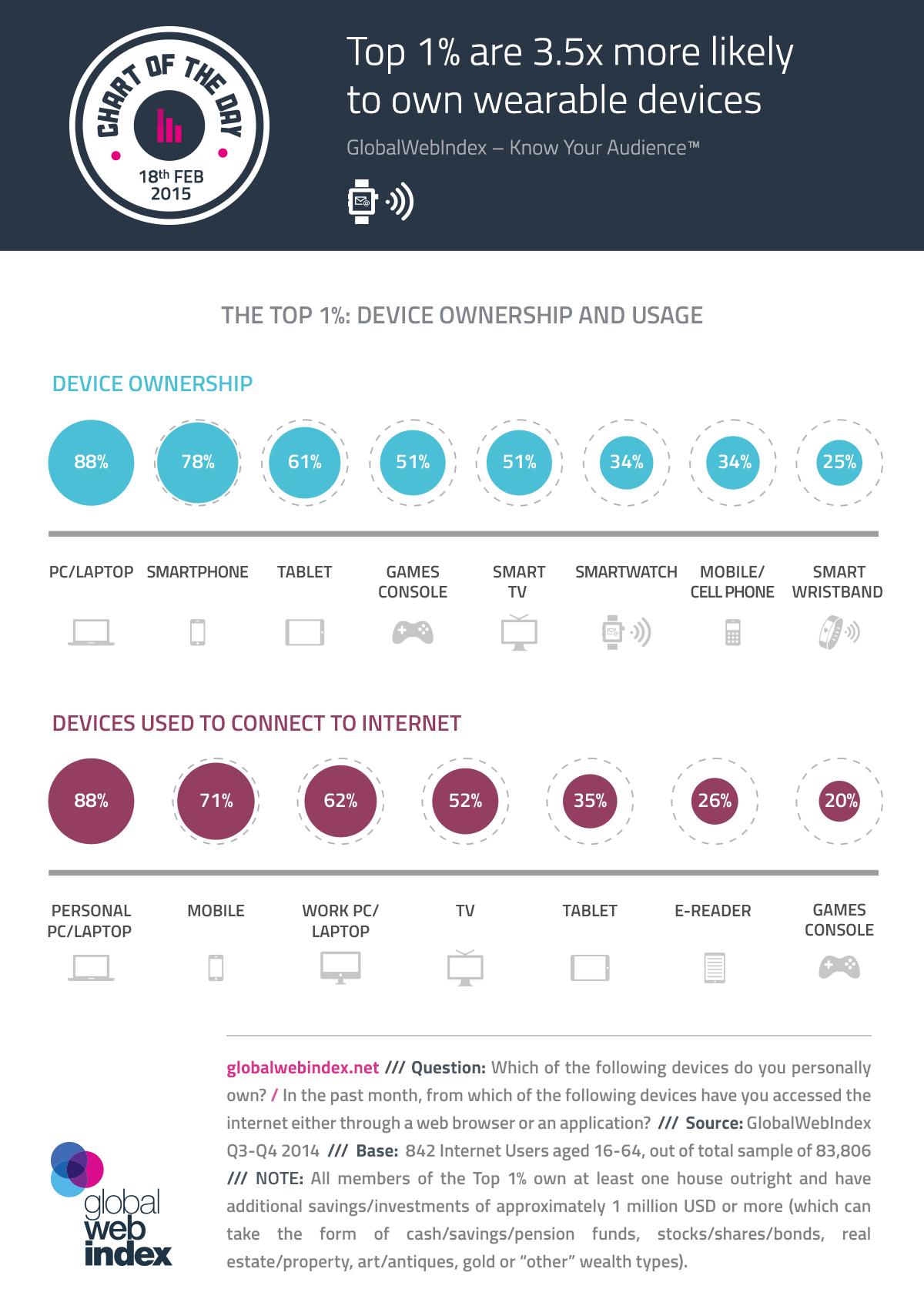