When asked about their main reasons for using social media, over 4 in 10 Facebookers list keeping up with their friends as one of their biggest motivations.

It’s a number which remains pretty consistent across the age groups, which puts this motivation at the top of Wednesday’s Chart and which gives some context for why the service has announced that it will be prioritizing posts from friends and family within user newsfeeds – especially with a further third citing the fact that lots of their friends are on them too as a further reason for engaging with social networks.

Arguably, this latest move is part of a wider effort aiming to give users more reasons to interact with and contribute content to Facebook. With many networks looking to bring more features to the table, Zuckerberg & Co.’s efforts to hone in on the motivations of their user base might result in a change in prominence for some branded posts but could resonate very strongly among the core audience. 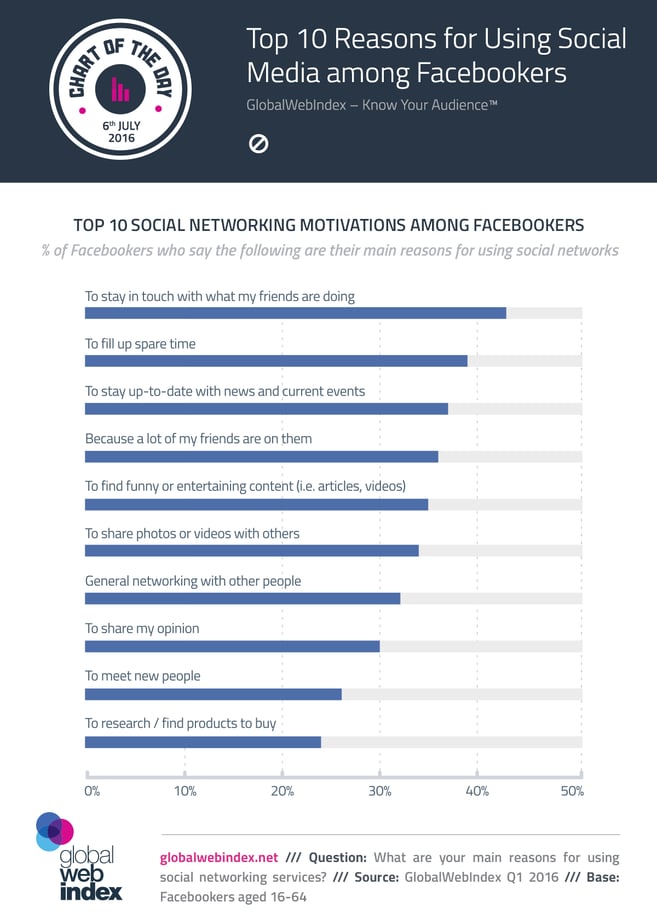