For our midweek chart, we look at the importance of mobiles to younger consumers by profiling some of this age group’s top online activities.

Currently, some 84% of 16-24s are accessing the internet via a mobile and, on average, they are online on their smartphones for well over 3 hours a day.

This love of smartphones is having an impact on which devices are chosen for various online activities. For example, 16-24s are more likely to be using mobiles than laptops to make VoIP calls and the figures are close to equal for other social activities, most notably instant messaging and networking.

But laptops still have the edge in certain categories, particularly relating to online video. They retain the biggest lead for watching streamed television, where their bigger screens are a clear advantage. Even here, though, the mobile figures are not far off laptops (48% vs 34%). Clearly, to reach 16-24s, being mobile optimized is key. 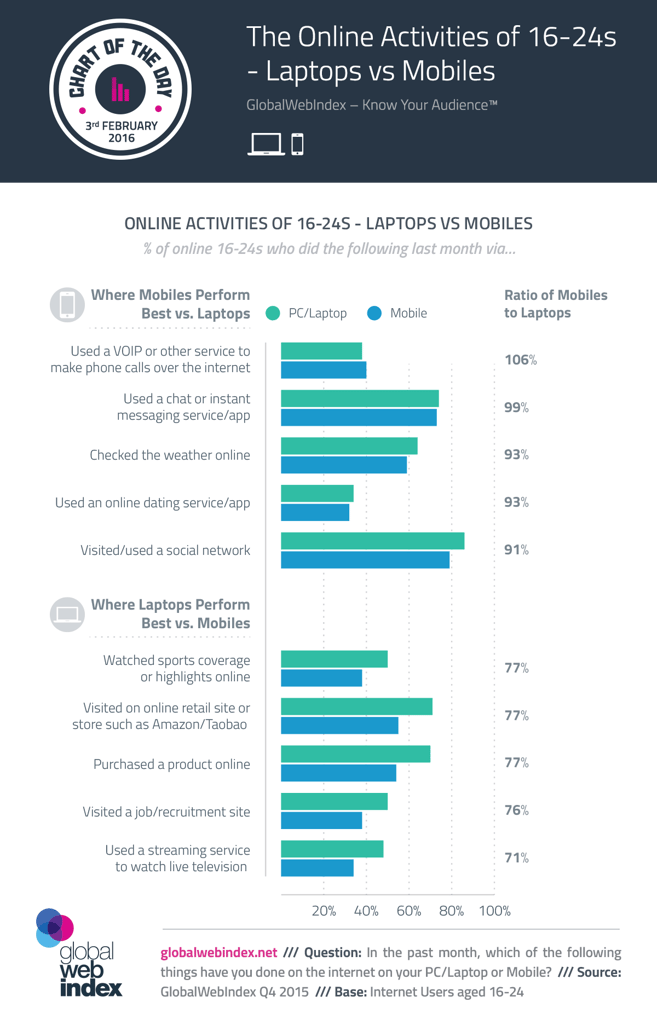