Trends 2016: Ad-Blocking is Here to Stay

For this week’s first Chart of the Day, we preview our Trends 2016 report – which looks at ten of the biggest digital stories for the year ahead.

Ad-blocking has captured a lot of headlines in recent months, despite the fact it’s still just 28% of online adults who say they are deploying one of these tools.

The heaviest consumers of the internet, 16-24s, are at the very forefront of the trend, with over a third of them blocking ads. But that presents something of a paradox: older groups are the most concerned about their privacy and personalized recommendations/ads and yet are the least likely to be blocking ads.

That’s surely a symptom of awareness; currently, older groups are the least likely to know what ad-blockers are. As such tools become more mainstream, there can be little doubt that usage levels will creep upwards and show fewer variations by age. It’s certainly telling that 55-64s are already about as likely as 16-24s to be deleting cookies on a regular basis, an action which is rather more established and well-known among internet users.

In light of these trends, trying to resist the spread of ad-blocking feels rather futile. It’s akin to the complaints that traditional suppliers in other sectors have been leveling at disruptor services such as Uber and Airbnb; rather than hoping that the problem will disappear and that consumers will suddenly become ultra-moral or self-aware, we need to recognize that the game has changed. With our research showing that smartphone owners (and those with an iPhone 6 in particular) are already ahead of average for using ad-blockers, this is a trend which is here to stay. And which will get much more mainstream in the months ahead. 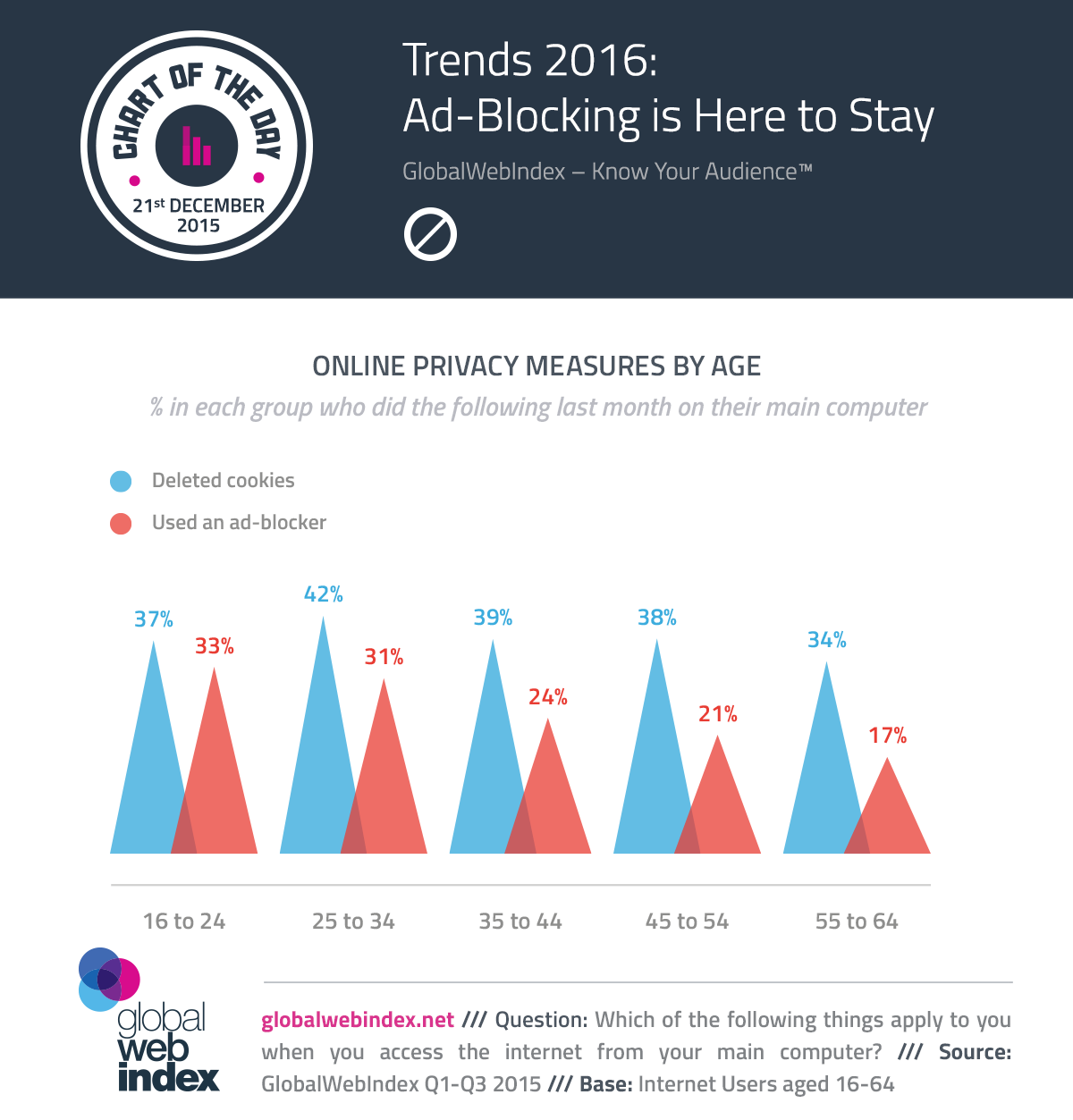